How many times do you have to touch a hot stove before you finally realize that you are going to get burned?  If you're a blogger, it's somewhere between a "crap ton" and a "hell of a lot".

I keep making bold statements on the web that I am forced to take back later.  It's like the universe is out to make me look stupid.  Like I need any help!  Pfft.  AS IF THE UNIVERSE EVEN READS MY BLOG.

In my post after Thanksgiving,  I boasted that Drew was three-years-old and had never been sick.  I laughed about how some secret government agency might force Brian and I to have hundreds of kids to create a supergenetic race.  Oh, how funny it was on that day...

Well, guess who's laughing now?  No, not me.  It's the universe.  The stupid, dumb universe.

Last night, I took Drew to the Urgent Care with strep, a double ear infection and a sinus infection.  It's like his body was trying to slowly kill him from the forehead down.  He was throwing up most of the night and I was doing everything I knew to break his 104 degree fever.

This morning, working on very little sleep, I poured EggBeaters into my coffee thinking it was cream and then I made a grammatical error on Facebook while complaining about it.

And if there's two things that I cannot stand, it's bad coffee and bad grammar. 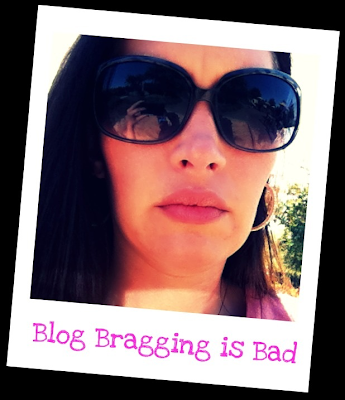 So, just to bring you up to speed - since my braggy post about Drew being all superhuman 'n' stuff, this is what has happened:


See how dangerous it is to brag?

But I decided that two can play at this game.

Look, universe.  If you're going to take statements that I make on my blog and then flip them around so that I look like a liar, that's cool.   No, really.  It's no problem.

I've just got a few things that I would like to get on the record, okay?

Did you get all that, universe?  Great. Thanks.
Posted by Werdyab Blog at 3:57 PM