Do you ever watch the show Storage Wars?  It's pure awesomeness, right?

People bid on abandoned storage units to resale the contents for profit.  You have to buy a unit without knowing what's inside it.  Some win big.  Some lose big.  But either way, it's fun to watch two grown men get in each other's faces over an antique tea cup.

As luck would have it, this show made me remember some stuff that I had in storage!  SO IT WAS WERDYAB STORAGE WARS TIME.

I went though all the boxes over the weekend, and lawdy! at the stuff!  There were some sentimental items, tons of junk, and unfortunately, not one single thing of monetary value.

Let's just say that if my unit was on Storage Wars, the highest bidder would've drank themselves into a comma immediately following the show.

I found all my old cheerleading uniforms.  Looking at them made me want to do a herkie, you know, if I could still get my old ass off the ground.


Literally HALF of me fit in that skirt.

Does this mean that I'm twice the girl I used to be?  Deep Thoughts.  By: Werdyab.

P.S. Did you notice that it's my middle finger pointing at the skirt?  I don't think that's just coincidence. 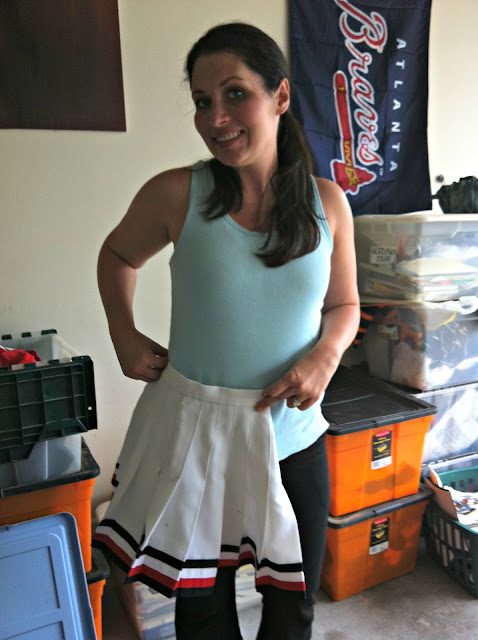 There were four boxes of 90s clothes and almost all of them were denim.  Denim shirts.  Denim jackets.  Denim skirts.  Denim headbands.

If somebody wrapped a turd in denim fabric in 1996, I probably would have worn it as a belt buckle. 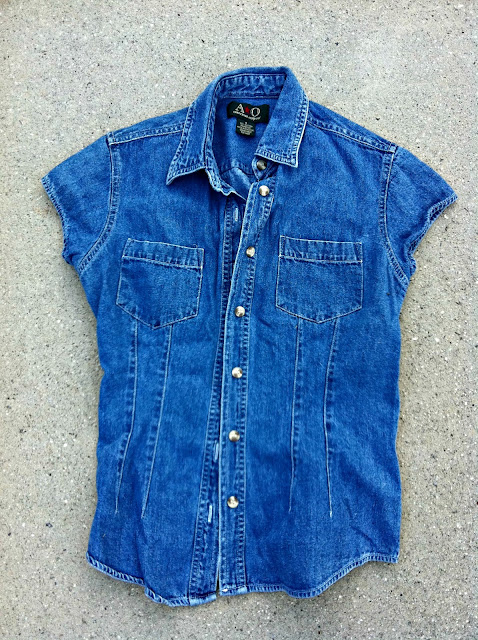 And speaking of 90s clothes, what do you think about these MC Hammer pants?  PLEASE tell me this was fashionable at some point in my life.  Somebody?  Anybody? 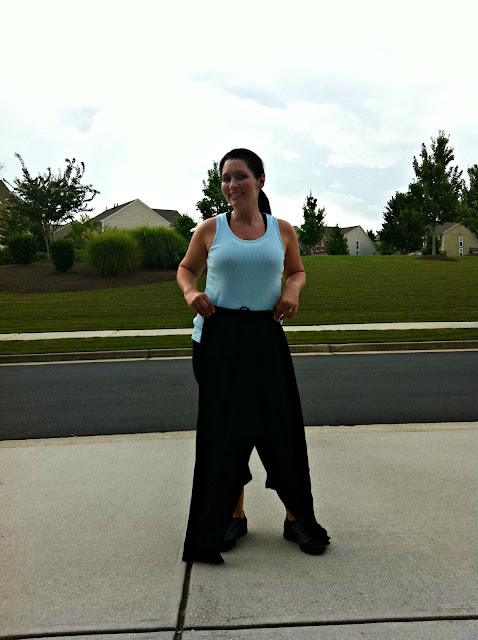 Of all the horrid Saved By The Bell clothes that I found, I saw one thing that I like: high waist jeans (AKA "Mom jeans").

I don't know what moron invented low rise jeans, but they should be shot at dawn.  If you're over the age of 21 and/or eat solid food, they look terrible.  I could open a bakery with all the muffin tops that I serve above my waistline every weekend.

But 90s jeans are like pants with built-in Spanx! It doesn't get any better than that. 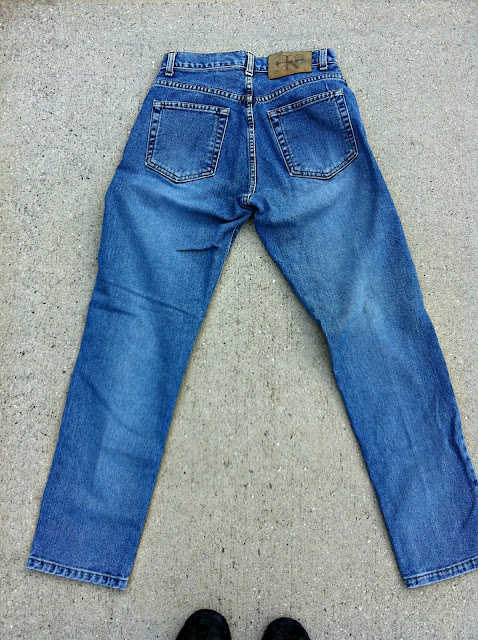 Before Al Gore invented the internet, everybody's Grandma gave them one of these books when they started college.  That way, you'd know the difference between alcohol poisoning and a stomach bug. 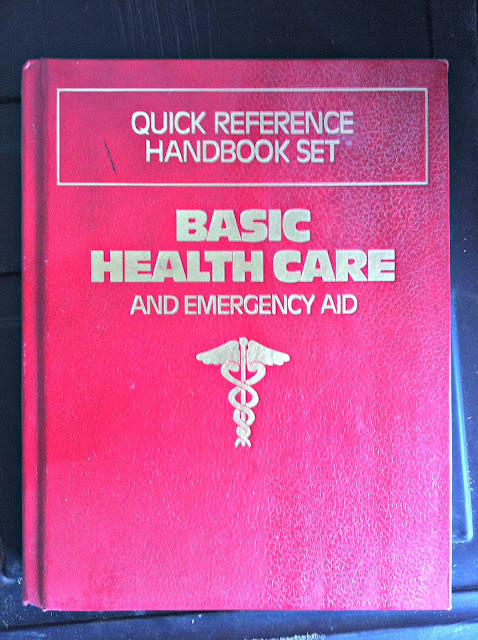 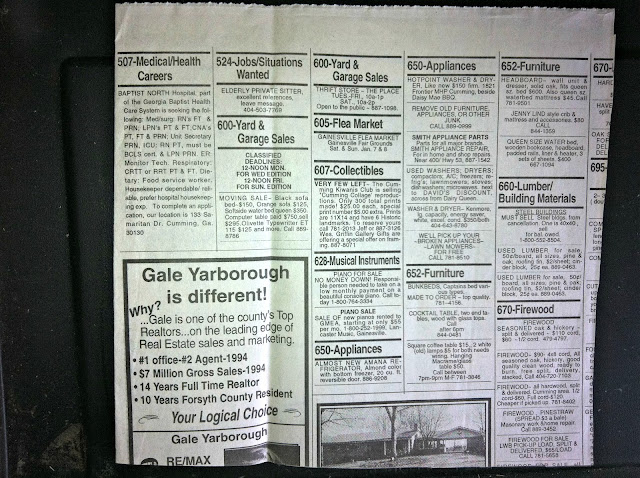 "No way I'm spending all my shoe money on expensive color copies!  Oh, I know!  I'll just write this paragraph a zillion times with magic markers."  - Amanda in 1994. 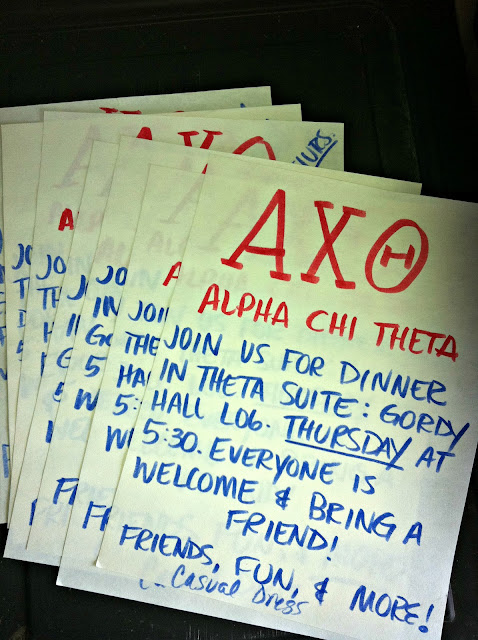 Here's a note from 1994.  Sorry for blurring it out, but I can't risk an 18-year friendship over telling you what we were *thinking* about wearing to the sorority social.  That's classified information, y'all.

She wrote her sentences in the shape of a square, so I had to turn the page 4,200 times.  I almost had to take a Dramamine to finish it. 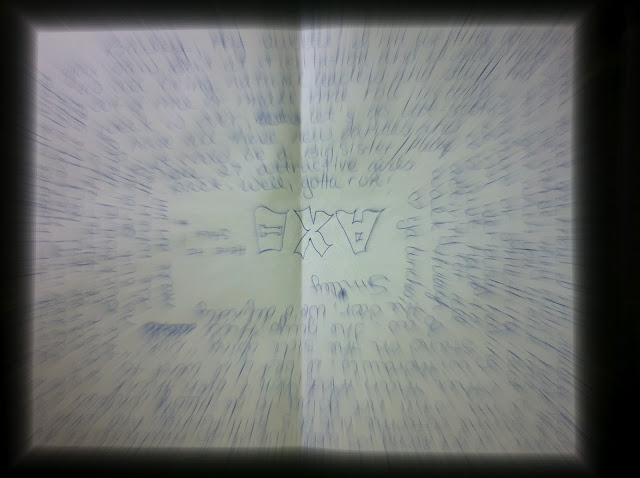 I kept every single textbook, workbook and paper that I ever wrote in college.  So email me if you want some light reading material on Advanced Calculus or Assimilation of the Jewish Culture and I'll hook you up!  You're welcome. 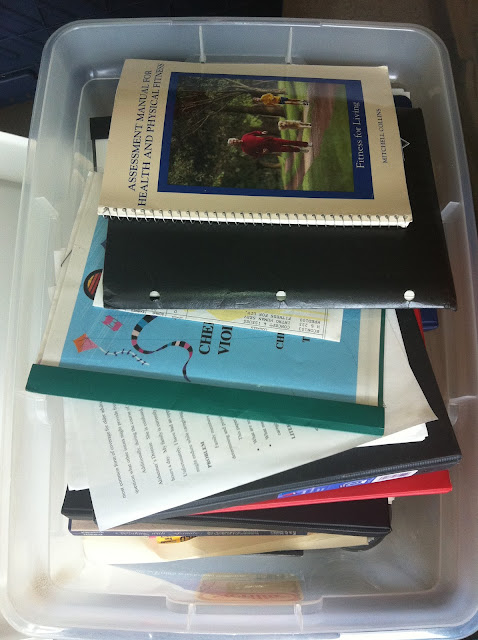 I also found tons of ex-boyfriend stuff: photos, cards, letters, movie tickets, etc.  Why do we save that crap?  It was hilarious reading some of the romantic exchanges from my teenage years.  And based on this research, I think that 35 is a good age for my daughter to start dating. 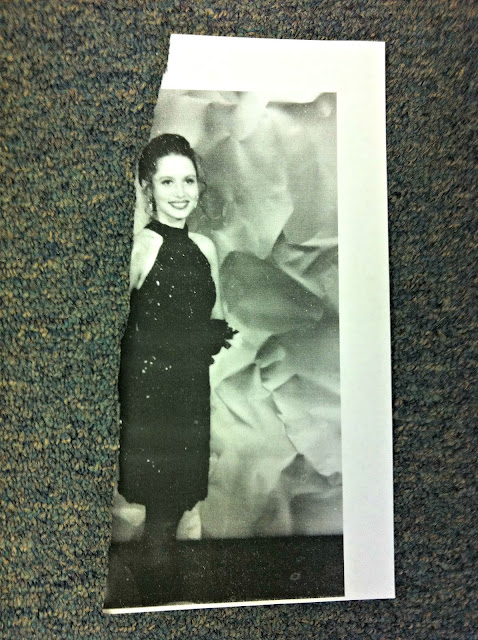 Just look at all those Tiffany boxes!  Ahhhh yeah!  Jackpot?

Nope.  They were all empty.

(This is the part on Storage Wars where you die laughing at the idiot who bid big money for empty boxes.) 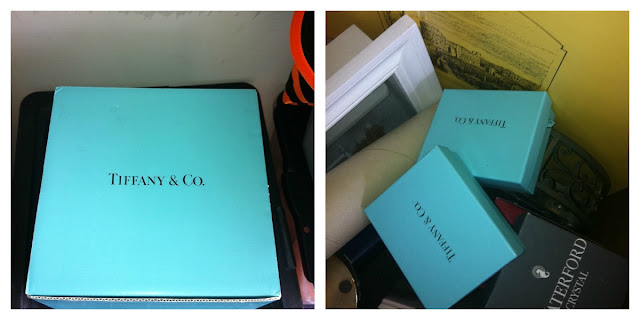 Apparently, there was a time in my life when I thought that spending money on a creepy Marie Osmond doll was actually a good idea.

But now?  That would only happen if it came with a year's supply of Nutrisystem and a free video download of Marie Osmond falling on Dancing with the Stars. 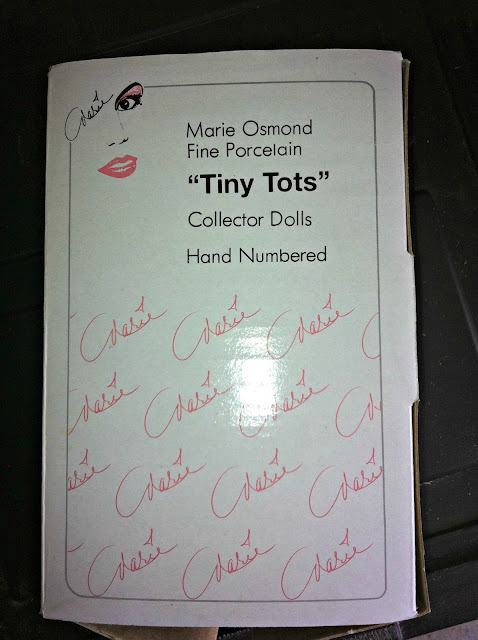 I found my Christmas cards from 1995 that were still waiting to be addressed.  See, I told you that I'm a procrastinator.  Do you think it's too late to send them out?  Christmas in July... 17 years later? 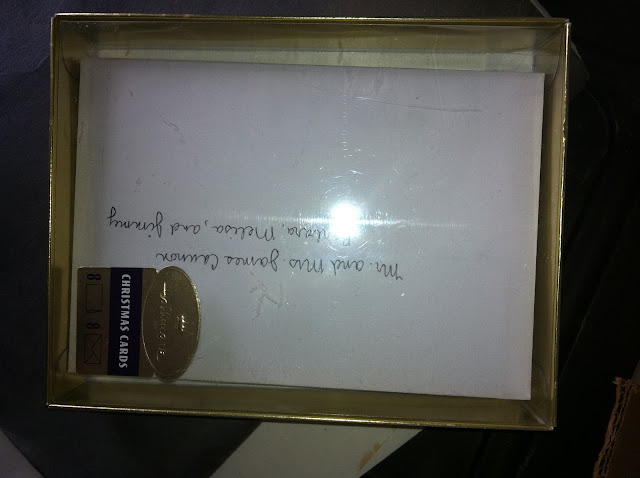 I even found a few of Bailey's baby things like this "Girls Hunt Too" t-shirt.  Someone gave it to me as a gag gift because I detest all things outdoors, hunting and camouflage.

But guess what?  That gift giver just so happens to have a 4-month old daughter now.  Are you thinking what I'm thinking?  BOOM.  Re-gift. 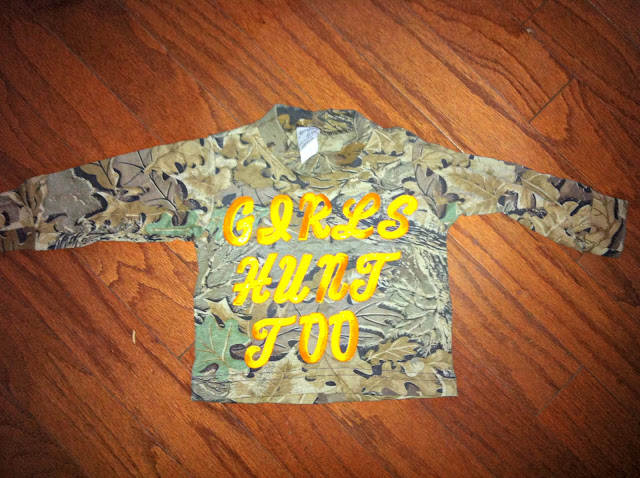 I also found Bailey's baby book (completely blank) and her memory box (completely empty).  So if you need to get in touch with me later, I'll be accepting my Mother of the Year Award.

And don't worry.  I didn't do jack-crap to preserve Drew's memories, either.  I believe in equality. 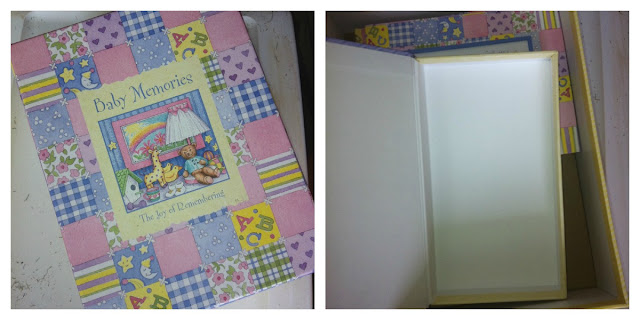 And last, but certainly not least, I found my 8th grade diary.  O to the M to the G.  It made me embarrassed to be me.

This diary definitely deserves its own blog post, so tune in next time to read excerpts from my middle school emotional rollercoaster.  Six Flags is thinking about it adding it to their theme park. 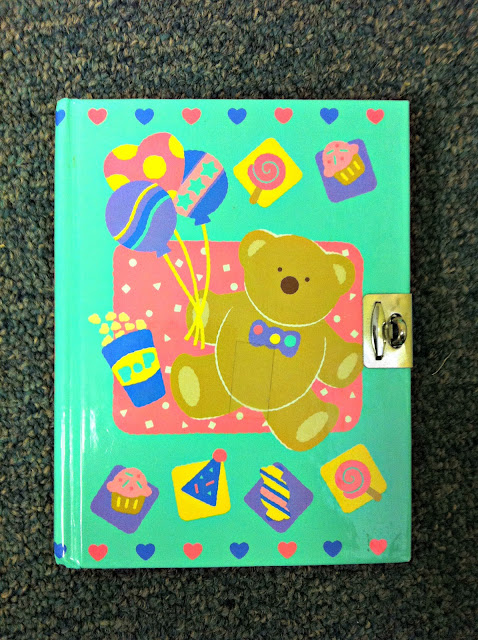