Disney: Now and Then

On the left is a photo of my family at Disney World in 2008.  We're sitting on the rock bench that's outside of It's A Bug's Life in Animal Kingdom.  And on the right, it's the same little family on the same little bench four years later.

What a difference four years makes! 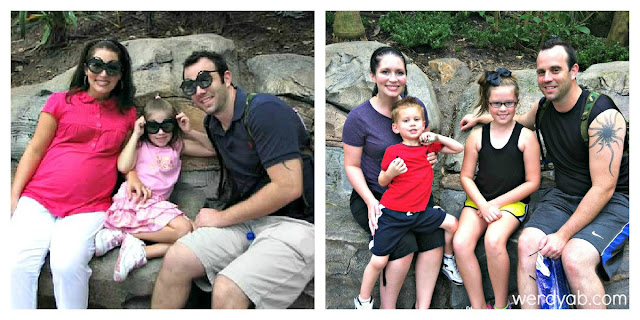 I learned a few things about Disney, which is reflected in these photos.

1) If you take your 3D glasses out of It's A Bug's Life to pose for pictures, you may or may not get stopped by a Disney employee who will ask you to "return the stolen merchandise".  Ahem.  That's a mistake you only make once.  Obviously.

2) When it's your family's first trip to Disney, you think that looking cute is actually important.  You wear designer clothes and collared shirts.  You style your hair and wear uncomfortable shoes.  And then you figure out that you're a total idiot.

3) And speaking of fashion faux pas and idiots, who wears white pants to Disney World?  It's the dirtiest place on earth!  Not to mention, that trip was after Labor Day.  And if you could see the shoes, they were white, too.  Oh yeah, I said it.

4) CamelBaks (the water cooler backpacks) are the single most important thing that you can take to Disney World to stay hydrated on the cheap. Camouflage design optional.  Like, really optional.

5) It's more fun to take children to Disney World who are not currently in your womb.  However, the flip side of that is when children are not in your womb, they beg for ice cream and $50 Mickey Mouse dolls.  It's a give and take.

When we got back home from Disney, Brian and I talked about how important it is to make memories together as a family.  It's too easy to get busy being busy.

The days seem so long, but the years seem so short.  Where does the time go?

On our first trip to Disney, Bailey was just a little girl, but now she is beautiful young lady.  And Drew was just a four pound blob with an all-you-can-eat umbilical cord buffet, but now he's an amazing, sweet kid.

And see that handsome man in both pictures?  The only thing that's changed is how I love him even more now than I did back then, even though I would have sworn that it wasn't possible.  He's my everything.

Sometimes it takes a side-by-side now and then photo to make you realize how quickly time passes and how precious family is to you.  Life is all about memories. 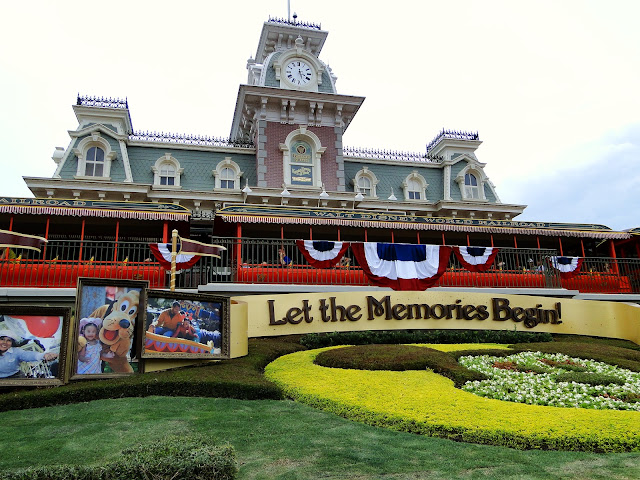 We're hangin' out on Facebook.  Wanna join the party?  Well, pull up a chair, honey!  We saved a spot for ya!