It's very un-writer of me to cut to the chase like this, and you probably haven't figured this out yet, but I do have a penchant for drama (ahem), but this time, I'm going to make an exception: All my GI biopsies were benign.

I go back to my oncologist for more biopsies in May, but I'm kind of enjoying this "benign" roll that I'm on.

My gastroenterologist told me to avoid dairy. He thought I developed a dairy allergy.

Uhmmm, come again? Dairy allergy? There's no freakin' way. See, I've been sprinkling cheese on my food three times a day my entire life. Seriously, if you wrapped a turd in cheese, I would probably eat it. And then ask for seconds.

And you know how I sometimes write, "Can I get you something? Coffee? Tea? Banana split?" Well, just for the record, I don't use "banana split" there because I detest them. I use "banana split" because on most days I'd rather have a banana split than a foot rub and a Grey's Anatomy marathon on Lifetime.

I began to think about how much dairy I ingest on a single day: lattes in the morning, sub sandwiches with cheese for lunch, yogurt for snack (okay, doughnuts, whateves), spaghetti with Parmesan cheese sprinkled on top for dinner, and who doesn't love a bowl of Lucky Charms at midnight?  Exactly, nobody. So my dairy consumption hovers right around 100%.

He could have told me that I developed an allergy to my left arm and it would have been easier to take. That thing's pretty much just decoration anyway.

Truth be told, mainly because I'm stubborn and I wanted to prove him wrong, I cut dairy from my diet this week. I even switched to non-dairy creamer for my coffee. Now that's dedication, people. Bleck.

And fortunately/ unfortunately, I'd like to report that I feel a ton better. Dagnabbit. Is that fool right? Am I going to have to live without dairy? Is it too late to trade in my left arm?

It hasn't been quite as hard as I thought it would be, though. I made some minor adjustments to my meal and snack choices, and all and all, it's been worth it not feel like total garbage all the time.

But last night, I dreamed about cheese. That's right, ladies and gentlemen, I literally dreamed about a wedge of Gouda. I remember the days of old when I used to dream about performing on stage or winning the lottery, but now it's aged cheddar and sliced swiss. So sad.

I'm also going to start a vitamin and mineral regimen to see if that helps. I'm no doctor, but I think it's awfully coincidental that I suddenly became allergic to milk at the same time that I got cancer. Maybe my body was depleted of something that breaks down dairy? Whatever it is, I would like to have it back now, thank you very much.

Of course, then again, what if consuming dairy is like driving a car? You know how you can only drive so many miles before your car is done-for? Maybe I'm not the drive-until-the-wheels-fall-off-Honda that some people are. And since my daily consumption of dairy is equivalent to a cross-country cruise, maybe I ran out of miles faster than most people.

But either way, there is no diary in my diet for now. Or, very little; I am human after all.

Look, I can take all the bad news, the surgeries, the treatments, the tests, BUT FOR THE LOVE OF ALL THAT IS HOLY, haven't I been through enough? Do I have to give up my ice cream and my sour cream and my pizza, too? They're all I have left.

I've always joked that my brain was like a pin-ball machine: one little thought sends that silver ball flying around in a million directions, and before you know it, I've gone from The Emancipation Proclamation to summer capris in seconds. Sometimes not even I can figure out how I got from Point A to Point B.

But these days, I'm pretty much just thinking about one thing: dairy. That little silver ball travels on one path, and the road looks something like this... 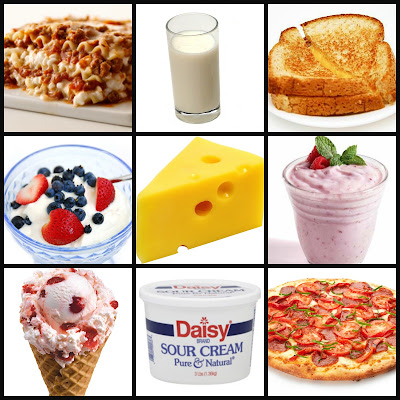 But all kidding aside, giving up dairy is a small price to pay to continue to be cancer free. Let the good times roll! Just don't serve any cheese at your celebration party, mmm'kay? I can only take so much. I'm weak, I tell ya. Weak.

Hey, would you mind passing the non-dairy creamer? Lord knows you won't be using it for anything.