The Apple Doesn't Fall Far From The Computer 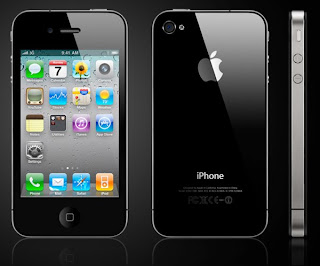 I love my iPhone! I honestly can't imagine my life without one. I can call my sister, send an email, update my Facebook, check the weather and book a flight without having to leave the checkout line at Target. It's pure awesomeness. I can't believe that Brian had to practically beg me to get one when they were first released. I thought it would be an unnecessary waste of money. Boy, was I wrong.

So, you can imagine my uber distress when my phone's hard drive crashed last week. The only thing that my phone would do is periodically flash the little apple icon on a black screen. I felt like I had lost a limb.

What on earth caused this, you ask? Did you drop your phone in a glass of wine? Did you drive down the road with your phone on the roof of your car? Did you let your 18 month old slobber all over it? Well, the answer is yes... to all of those things... however, none of those transgressions crashed the hard drive. It was Apple's ISO 4 update via iTunes.

Gasp! That's right - Apple's software update is what killed its own product. I called Apple, who immediately admitted fault and apologized for any "inconvenience" this may have caused me, but regretfully, they could not replace my phone because it was no longer covered under the 90 day limited warranty.

Are you freakin' kiddin' me?! I'm not talking to "Joe's Electronic Stuff" here, people - I'm talking to Apple, the most profitable technology company in the world. Is Apple really not going to stand behind their own product and their own mistake?

The answer, thankfully, is no. Apple (eventually) came through and agreed to replace my phone. This stellar customer service came after I spent over 4 hours on the phone with them and then was smart enough to call in my secret weapon - my Mom.

For those of you who don't know my Mom, she is somebody who you want on your team because you certainly don't want her against you. In every situation, there is at least one person who will pop into your mind as the perfect individual to handle it. For this one, without a doubt, it was my Mom.

And I was right. Within two hours on the phone with Apple, Mom had them overnight shipping a replacement phone. Yay for Moms, iPhones and a complete set of limbs.
Posted by Werdyab Blog at 3:30 PM