I cannot believe that it's been two years since Andrew Liam Hohenbery joined the world, and I knew that my world would never be the same. I am so thankful to have him in my life.

He's such an easy baby and always so sweet and loving. I've never seen another toddler who does exactly what you ask the first time that you ask it. He's never sick and sleeps like a champ! Not to mention, he's incredibly handsome and charming. Seriously, clone this kid and make billions. He's that awesome.

Here's what Drew's into these days:

Drew filled a void that I never knew existed before I met him. He is such a joy to be around. I am so proud that God chose me to be his mother. And I can't wait to see what life has in store for this amazing little fellow! 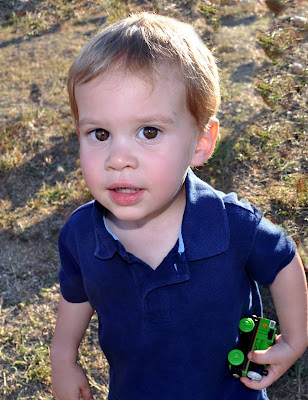