I started following Adele on Myspace (you know, right after the Earth cooled) before she even got a record deal.  I fell in love with the simple lyrics and raw emotion in her songs.  And even though she was a teenager at the time, you could hear an old soul in her music.

And, it's always a good sign when an artist is cool enough to go by their first name.  You know,  like Madonna, Cher or Carrottop.

I also fell in love with her style.  Doesn't she look like a real artist? 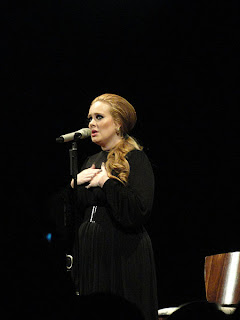 Am I the only person who is sick of every pop star looking like Nicole Scherzinger? 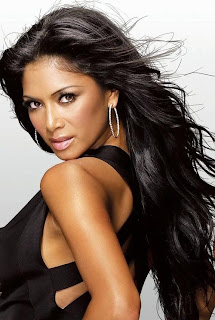 When Adele was a kid, I bet she said, "When I Grow Up, I want to Loosen Up My Buttons and make music that will Stickwitu, Don't Cha? Not just Bottle Pop!  Whatcha Think About That?  Jai Ho!  Or I'm Done."

Awww yeah!  That's eight Pussycat Dolls songs in a row!  I could probably win a prize for that if anybody gave a crap.

I like a pretty face just as much as the next person, but are we missing out on wonderful music by not giving average-looking talent a chance?

Someone Like You, co-written and produced by Adele, was inspired by a relationship breakup.  When I hear this song, I feel the rest of the world start to slowly disappear.  The room gets bigger, the colors get brighter and my heart gets happy.

Am I always this dramatic?  Well, yes.  Every day except Tuesday.  Even God needed a day of rest.

This isn't your typical Britney Spears-esque pop song with fancy loops and computerized harmonies.  I mean, Pitbull isn't even on this track, for crying outloud.

You can hear every breath she takes (and every move she makes...) (You're singing it, too, aren't you?). No copy and paste recording here, folks.  I wish all music was this organic.

I read that Adele suffered from a vocal chord hemorrhage and had to cancel her tour.  This poor kid has dreamed of headlining a tour her entire life, and now that she finally has one, her throat is saying, "Oh, yeah?  Take that, sucka!"

I hope she makes a full recovery and has a chance to pillage us for $87.50 a seat like every other recording artist.  I think she's earned the right.