It's beginning to look a lot like Christmas.... well, everywhere except for at my house.

Due to some Thanksgiving vomit, I wasn't able decorate that weekend like I had planned.  I didn't go shopping because my Black Friday was blacker than whatever color is blacker than black. Until yesterday, I had a fall wreath on my door.  There was pumpkin on the porch.  It was that bad.

Why didn't I start my Christmas decorating before Thanksgiving?  Because I have a strict rule against it.  I even wrote a poem about it.

But if I had known about this stomach bug before Thanksgiving, I would have broken the rules.  Just like when I wore white shoes after Labor Day in 1997.  Booyah!  I'm so rebellious.  But since Thanksgiving vomit didn't IM, text or post a message on my Facebook wall, I did not plan accordingly.

On Saturday, we got the Christmas decorations down from the attic.  All forty-two boxes of them.

A couple of years ago, we paid the extra benjamins for a pre-lit tree because everybody knows that Christmas lights are the worst part about decorating!

Brian put the tree together and plugged it in.  I deeply inhaled preparing for that big YAY! that I would say after seeing our Christmas tree lit up like a...well, like a Christmas tree.  But instead, 7/8 of the lights did not work.

The working lights were enough to decorate a Charlie Brown Christmas tree.  Like, half of it.

Somebody pour me a cup of eggnog and keep 'em comin'!


So Brian spent four hours....  No, that was not a typo.  FOUR hours yanking out the millions of hooks that were holding those dumb lights on the tree.

Needless to say, at this point, our holiday cheer had all but left the premises.  What can I do to put Brian in the Christmas spirit?  I know!  I'll turn on the XM holiday station!

Here is a snip-it of the first song.  Keep in mind that the saxaphone was playing long enough for me to grab my iPhone and start filming.


Excuse me?  Did somebody order Christmas music from HBO after midnight?  Ladies, this kind of Christmas music will put your husband in the mood, but not for hanging ornaments on the tree.  Grouchy silence sounds like a better plan.

I found a storage box full of lights, but they were pretty tangled.  It's okay.  It will only take me about fifteen minutes to untangle them.  Two hours later, I plugged them in and discovered that only one strand still worked.

ARE YOU FREAKING KIDDING ME?

So I did what any determined holiday decorator would do.  I quit.  And ate a steak.

The next day, we were ready to decorate again.  We stopped by Home Depot for some new lights and -voila!  Tree success!

After investing more hours than Joan Rivers has in cosmetic surgery, we FINALLY had O' Christmas Crap, the children's trees, the dining room table and buffet, the stairs, the mantel, the living room and the front porch decorated. 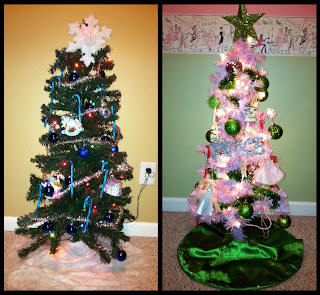 YAY!  I finally get to say that YAY!  I love Christmas decorating again!  Man, that eggnog must have worked.

But when I woke up this morning, this is what I saw.

Seriously - forget the insurance business.  My next job is going to be making Christmas lights.  Apparently the bar is pretty low.

Now it's time to start gift shopping.  Don't be surprised if you don't get some strands of burned out Christmas lights this year. 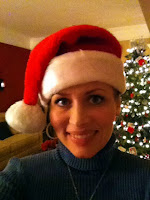