This week I've been busy working on a dance video.

I have absolutely zero shame when it comes to dancing.  For example, last night at my daughter's softball game, one parent asked me if I could remember how to "tootsie roll" and I was all like, 'Pfft. Can Charlie Sheen remember how to pay prostitutes?'

I was sitting on the bottom row of the bleachers, so it was easy for me to stand up and proceed to roll my tootsie right there for everyone to see.  Now, I'm not saying that my Dad was completely mortified by me doing this... but, uh... well, yeah, that's exactly what I'm saying.  Sorry, Dad.

Dancing is just my thing.  I might have to Google the capital city of North Dakota, but I can remember almost every dance that I've ever performed.  Pop in a Jock Jams CD and watch me go!

So I decided to make my very own Evolution of Dance video for my blog.

In a related story, my husband suggested that I do an Evolution of Lap Dance video instead.  And I said, "But that hasn't changed at all" and he said, "Exactly."

So continuing back to the idea that I can actually post on the web, I clipped snip-its of 52 different songs ranging from the 60's to today.  Then I pieced them together to make one big music track.

DJ WERDYAB IN DA HOUSE, Y'ALL!

And, it's cool.  You know - it only took me an hour or two or fifty to do it.  This level of technology is definitely above my paygrade.  I sell insurance for crying outloud.

So when I say that I've been "working" on my video all week, what I actually mean is that I've been working on the music all week.  AND THIS THING IS POSTING ON MONDAY, so it was time to start dancing.

So yesterday, around midnight, it was rehearsal time.  My husband and children were sound asleep in their beds, but I was downstairs doing a Running Man that would make MC Hammer cry.

The last song in the 52-song mix is On The Floor by Jennifer Lopez.  I didn't really know what to do with it, so I just started channeling my inner-J.Lo.  You know - a pouty look here, a head flip there.  Luckily nature already took care of the big booty thing for me.

But unfortunately, I took the words "On The Floor" a little too literally.  I rolled my ankle and fell face-first into the open pantry door.  Then I landed smack-dab on my big ole J. Lo-lookin' booty.  Don't worry.  I'm sure the bruising will subside soon. Nobody probably even thinks that my husband beats me.

This is a very clear sign that I'm too old to be acting this immature. Like, NEON.

Now, I say this next statement not to cut myself down or to fish for a compliment, but rather to state a simple fact: It sounded like a two-ton elephant fell in the kitchen.  The whole house shook as if Tropical Storm Werdyab was about to take us all out.  I almost hid in the most interior room of the house just to be safe.

I squeezed my eyes shut and braced myself for the aftermath - the yells that would come from upstairs - something like, "Honey, are you okay?" or "Mama, you woke me up!"

But instead, I heard nothing but the sound my pride begging me to start acting like a normal Mom for a change.

This goes without saying, but I guess we can all rest better knowing that if I was raped or murdered downstairs, I wouldn't interrupt anybody's 8 hours of peaceful sleep.

But as for me?  If a mouse farts six houses down, I pop out of bed.  I would have totally heard me fall downstairs!  But in a strange twist of irony, I'm the only one ridiculous enough to be doing the worm on hardwood floors in the middle of the night, so... there's that.

But if I'm going down, I'm going down with dignity!  As long as "dignity" is what you call the dance that Marky Mark did in his music video.

So be sure to check back on Monday for my Evolution of Dance.  Hopefully I'll do something really stupid when the camera is actually rolling this time. 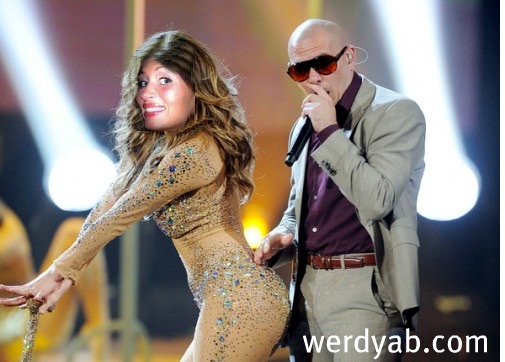 
One click = One vote.  That's all you have to do.  Just click the banner below.
Vote for me and I'll do the Roger Rabbit!  Oh, who I am kidding?  I'll do that whether you vote or not.