I'm proud to be an American.

That's not just a catch-phrase or a Lee Greenwood lyric.  It's the truth.

But when I was young, I think that I took being an American for granted.  Because when you're young, you take almost everything for granted.

When I was 7-years-old, I had to have this particular My Little Pony. She was purple with green hair.  She had ribbons or bows or sparkles or something like that on her butt.  And now I don't remember her name, which is sort of the point.  But then?  It was serious business.  I was sure that the sky would fall into my bedroom if I didn't get my hands on that pony.

My parents eventually caved and bought it for me.  AND IT WAS PURE AWESOMENESS.  Oh, the adventures that she and I had!  I would hold her in my hand and make her trot or gallop - adding those not-annoying-to-parents-whatsoever whinnying sound effects.


She was beautiful.  She was magnificent.  She was all I ever wanted.


Until 3-days later when I left her at the pool.  But it was okay because I already had my eye on that new Peaches and Cream Barbie.


My childhood view of freedom was like that My Little Pony.  I just expected it.  I never thought about what it took to earn it.

When you're a kid and you're born into a country like America, you don't know to appreciate it.  It is what it is. It's what given to you.  It's what's normal and expected.  It's just life.

You forget that not everybody was born into the freedoms and independence that you were.  In fact, you don't even know enough about the world to be able to create that thought in your head.

So, if you're 7-years-old and you're reading this blog, it's totally fine. You're forgiven.

But as I've gotten older, the pride for my country has grown stronger.  Because now, I understand the difference between this plot of land and another.  And now, "I'm proud to be an American" isn't just a catch-phrase or a Lee Greenwood lyric anymore.

I sell insurance in my family's health and life insurance agency.  Obviously, with the recent Supreme Court's decision to uphold the Healthcare Reform Law, health insurance has become a pretty hot topic.  Some oppose.  Some support.  But everybody has an opinion.

Campaigns are in full force for every election from President of the United States all the way down to your local Tax Commissioner.  You can't drive to the grocery store or talk to your neighbor without seeing or hearing political opinions.  How the country should be run.  How tax revenue should be spent.  How so-in-so is a crook.  How such-in-such will make it better.

In 1788, when the American Constitution went into effect, the United States established a relationship between its citizen and the State that was historically unique.  In America, the individual was in charge and the State would serve the individual, and there would be a certain amount of intentional distance between the two.  This unique relationship - and not our geographic size or our resources - was what propelled America to greatness.

In April, 2011, his mother heard a knock at the door.  She almost forgot to breathe when she saw the two uniformed officers standing on her front porch.  They were there to tell her that her son lost his life in Iraq.  He died for his country.  He died for you and me.  And on that day, a mother had to say goodbye to her 20-year-old baby.

When Lee's body was brought home for the funeral, people lined the streets to pay their respects as the hearse drove through town.  Some people knew him personally.  Most didn't.  But all were there to say thank you to Gary Lee.  Thank you for your service and for your sacrifice.

My good friend Michele took some photos at this event.  They touched me so much that I saved them, and I wanted to share them with you today.

Because, to me, this is what being an American is all about.

It's about being willing to give your life to protect others. 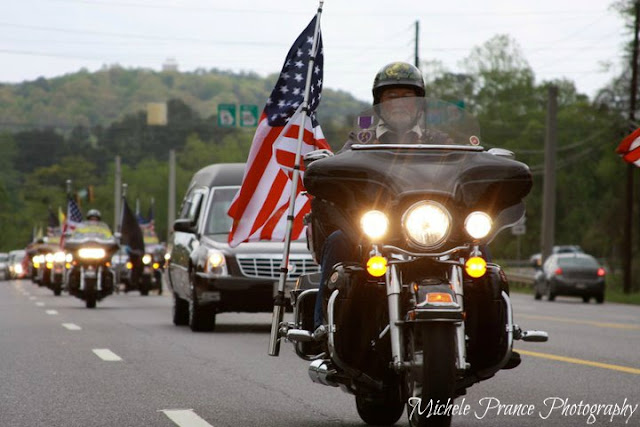 It's about showing respect to those who do. 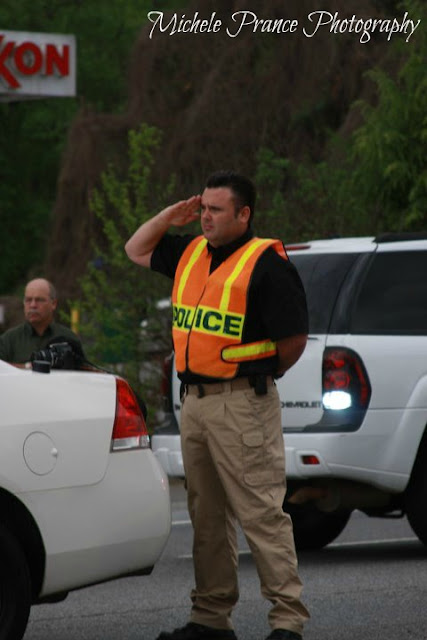 It's about knowing what that sacrifice means to all of us. 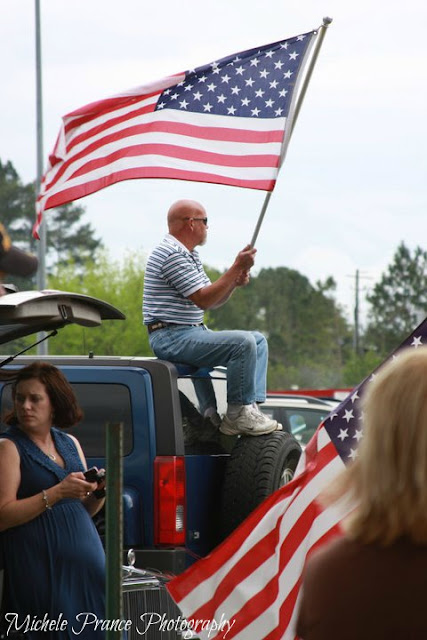 It's about teaching those lessons to our children so they can teach their children. 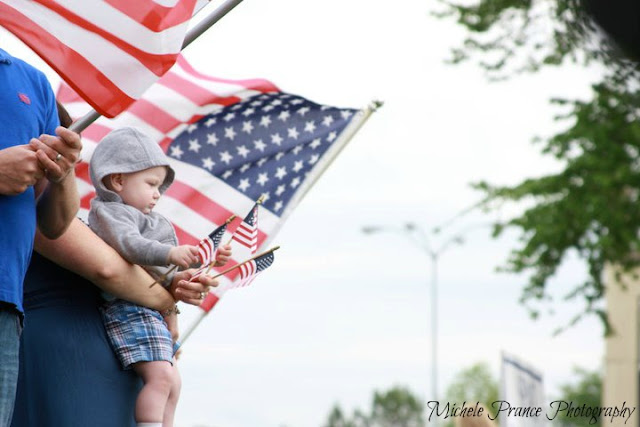 Being an American is about shedding tears for a total stranger because the salty gratitude streaming down your face is the only way that you can say thank you.  And you're so thankful to this young man who gave everything so you can have everything. 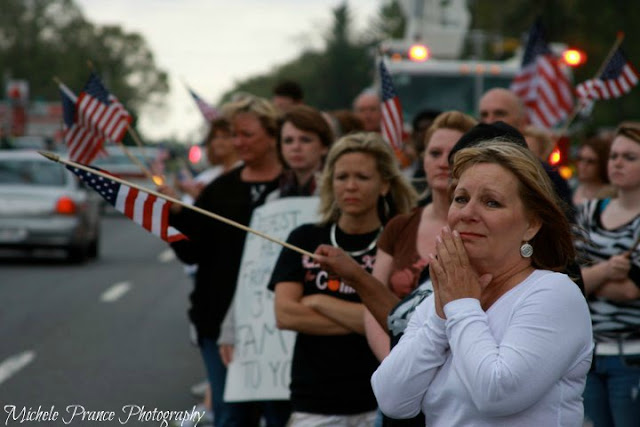 That is what being an American is all about.  And that is something to be proud of.

So today and every day, I'm proud to be an American.  Happy Independence Day!

Labels: Home for the Holidays