I'm proud of my daughter every day, and today is no exception. Bailey missed her middle school orientation to volunteer for Special Olympics. Her dream is to work with special needs children one day.

God bless her and bless all the lives that she will touch with kindness, respect, and love. 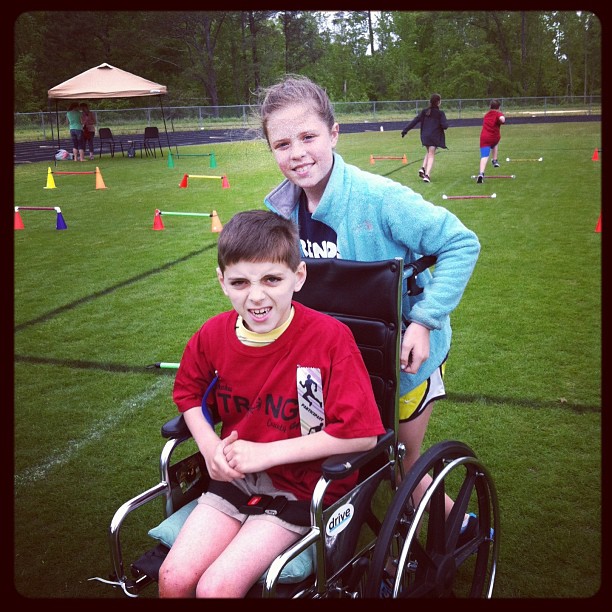 Bailey was paired with her good buddy, Matthew. He typically isn't in a wheelchair, but he fell a couple of weeks ago and broke his leg, requiring surgery and a metal rod or two. Poor little dude. He's a busy kid, so he didn't like the idea of sitting down all day. Bailey tried to keep moving so he wouldn't get bored or feel left out.

He wanted to run and wasn't too excited about his "wheelchair race", so Bailey promised that she would try for first. He probably weighs as much as she does, but that didn't stop her from pushing as hard as she could.

And guess what? First place. BOOM. Matthew was so proud of his first place ribbon, and I think Bailey was pretty proud of it, too. 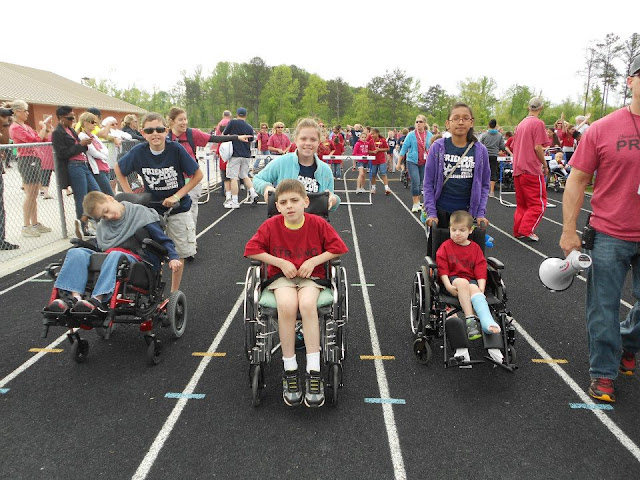 I was only able to stay for about an hour, which was probably a good thing since I was a blubbering idiot. The emotion was overwhelming.

I saw hundreds of athletes competing in races, playing games, eating hot dogs, and getting their face painted. Their smiles were worth all the gold in Fort Knox and then some. It was so awesome to see. 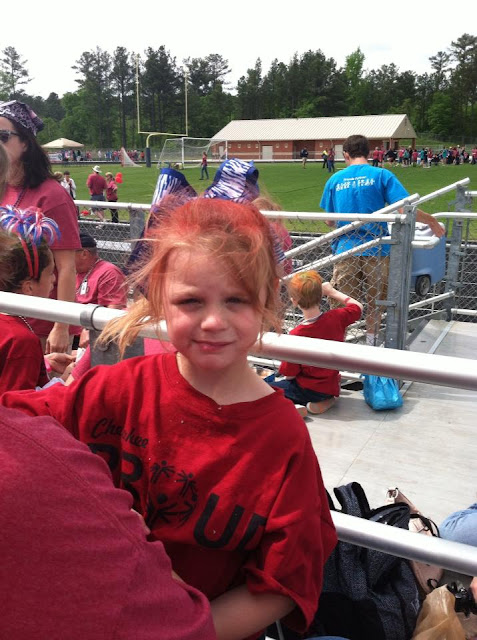 Then I looked at the volunteers. For every special needs child, there were several others who were trying to make their day even better. The smiles on their faces were just as big. I saw kids and adults helping athletes and encouraging them every step of the way.

If that's not inspiring, then I don't know what is. 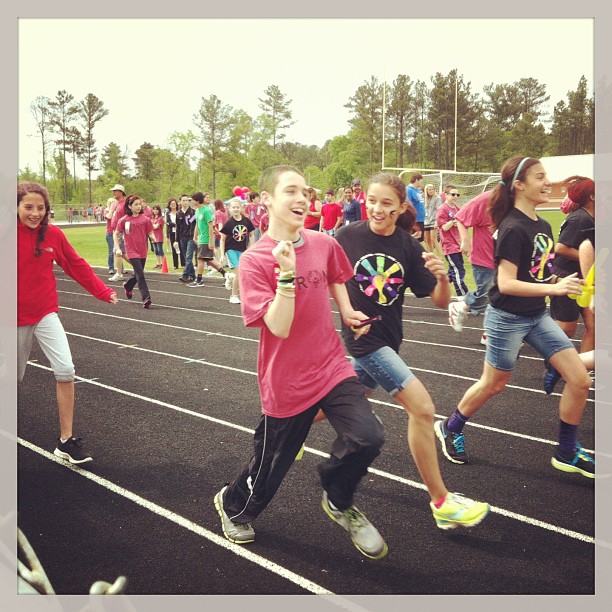 I found this little gem on my phone after I got back from Special Olympics. I don't know the teenagers in this photograph, but I know their smiles made me feel all ooey-gooey inside. That is what Special Olympics is all about.

I hate to sound older than I am, but isn't it refreshing to see young people caring about the well-being of others? I didn't see one single text being sent or YouTube video being watched. Everybody was just happy being together. It was such an amazing experience for all involved.

I also saw plenty of parents there, like me, beaming with pride. Some were parents of athletes, some of volunteers, some of family or friends, but we all shared the same emotion: love.

And love is a beautiful thing. 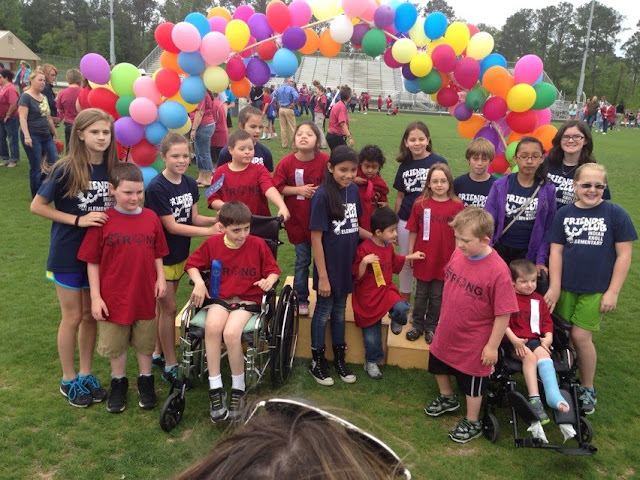