Dancing For The Children

On Saturday, my husband and I attended a charity ball called "Dancing For The Children".  This event was hosted by a wonderful non-profit organization.  Last year alone, they raised over $150,000 for needy children in our county.  Can you say uh-may-zing?  And my sister just happens to be the President-Elect. (Man, I raised her right!)

We look forward to this event every year: black tie optional, fancy ballroom, dinner, dancing.  Think prom night with a cash bar.  It's like an awesome wedding reception except where you don't have to buy anyone a Pottery Barn gift card or do the chicken dance.  I call that a win-win. 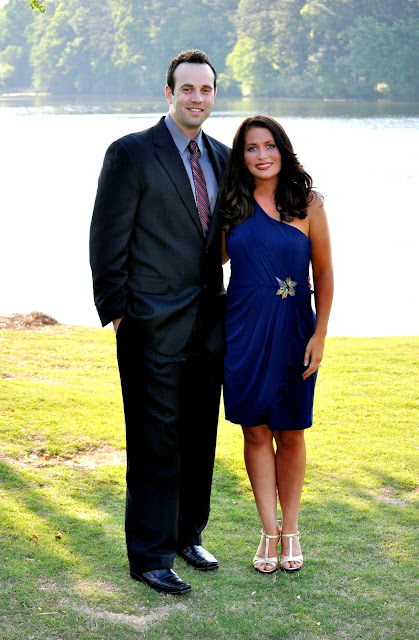 As a woman, I have a love/hate relationship with getting ready for an event like this.  Meaning that I love my new Facebook profile pic, but I hate all the work to get it.

Hair. Makeup. Dress. Shoes. Jewelry. Nails. Spray Tan.  It's exhausting.  I spent over three hours getting ready just so I could walk into the room pretending that I look like this everyday.  Oh... This old thing?

When in reality, I usually look like this.  See the difference? 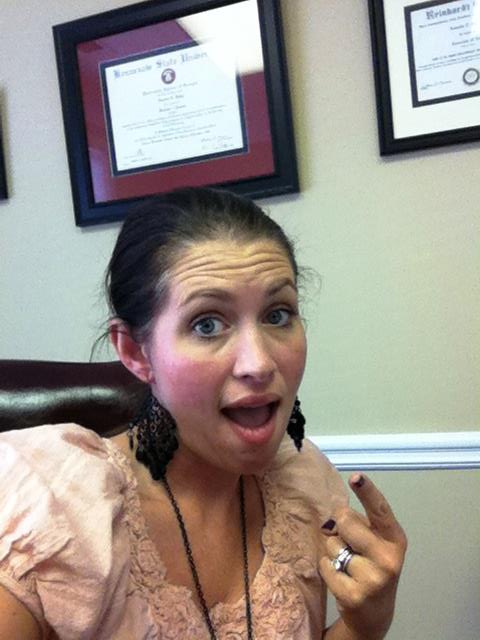 I realize how little attention I must typically pay my appearance because of how uber-inconvenienced I am when I actually do.  Styling my hair and applying makeup used to be called a Tuesday.  But now it's called a HOLY CRAP! HOW LONG DOES IT TAKE ONE GIRL TO GET READYday.

Meanwhile, Brian just had to pick up his suit from the dry cleaners.  Ahem.

This event was called "Dancing For The Children", but we looked more like we were "Dancing to make Children."  And this was before the booze, y'all.

Even I blushed a little watching that.  I'll give you three guesses as to what they will be gossiping about at the next meeting and the first two don't count.

P.S. Can my husband dance or what?!

And speaking of booze, I only had one drink.  Plus two.  But that's more alcohol than I've had since Katy Perry was singing Christian music, which was obviously a long time ago.  Apparently, this is the perfect amount of alcohol to give me zero buzz but one helluva hangover.  What a waste of Advil.

I guess this goes without saying, but the 21-year-old me is laughing her butt off right now... while tauntingly throwing back Tequila shots... and dancing in 4-inch heels... and swearing that she'll never act as old as I do.

3.7 minutes after we got back home, Brian and I were both sound asleep in our bed just like good, little old people should.

But at 2 AM, I woke up feeling like I decided to go deep-sea fishing after biting into a juicy hamburger grossly infected with the E Coli virus.  The bouts of nausea were only slightly easier to take than the painful stomach cramps.  It felt like I was about to give birth to a 102-pound baby that looked just like Uncle PLEASE DON'T EVER LET ME DRINK AGAIN.

Oh, and the nightmares.  In one dream, I watched a motorcyclist's leg get ripped off as he was hit by a car.  In another one, I was held captive by a sadist who chopped off my limbs with a carving knife while watching David Letterman.

I'm not sure how Freud would have analyzed those dreams, but I think it would go something like, "You are such a pathetic lightweight.  And David Letterman sucks."

Bud Light obviously turns to LSD when it hits my stomach.

And yes, I was slamming back Bud Lights while everybody else was sipping on Chardonnay.  Why?  Well, you saw me dancing, right?  They told me I wasn't mature enough to drink wine.

I would say that it must have been food poisoning, but the other 399 people seem to be fine.

Aside from the I SWEAR I LEARNED MY LESSON THIS TIME hangover, it was a wonderful night!  And, I got that new Facebook profile pic.  Totally worth it.

Labels: Out and About