Tying Up Loose Ends With Poop

Today I realized that I needed to bring you up to speed on a few things.

1) I still love coffee, doughnuts and shoes.  I know that information didn't require an update, but I always feel better when I say it.

2) Thanks for signing the Werdyab Twins petition!  I needed to get 50 signatures in order to force persuade Jenny to be in this [potentially hilarious] video.  At last count, we had like 72 names or something.  Yay!  Let the humiliation commence. 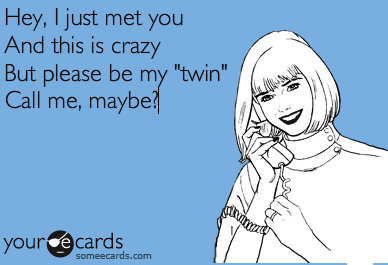 Poor Jenny.  She took the news pretty well.  She asked me to call her when I was ready to make the video.  She gave me her number, so I guess she's really serious about it.


2) I know this is supposed to be #3, but when you read what it's about, you'll agree that it should definitely be referred to as a #2.

I never told you the results of my endoscope!  Oops.  My bad.  Didn't mean to leave you hanging like that.


The first one was a hiatal hernia.  It's an extra special kind of hernia because part of your stomach goes up into your esophagus.  No wonder I felt so much pressure.  My esophagus was the birth canal, my stomach was the 10-pound baby who got stuck there, and I was the 42-week pregnant chick shouting, "WILL SOMEBODY DO A FREAKIN C-SECTION ALREADY?"


The doctor made a point of telling me that hiatal hernias are common in older overweight people.  I think he said it 3 times.  And here I thought that I couldn't feel any worse today.  Thanks for going the extra mile, doc.

Great.  That only excludes 99.6% of what I ingest on any given day.  I hope starvation is as fun as it sounds.

The second problem was a bacteria found in the base of my stomach called Helicobacter Pylori.  Tons of people have this bacteria and most of them don't have any symptoms.  However, if it goes untreated, it could cause ulcers or even stomach cancer.

But I was cancer free and ulcer free.  Phew! A strong dose of antibiotics and I'll be as good as new.

The doctor gave me some material to read about my stomach eating bacteria. Here's an excerpt from the first paragraph:


Whoa. What?  I ate poop?  Not even I knew that my cooking was that bad.

So I tried to think of a time when I ate "fecal matter".  As if I was actually going to think of one.

"Uhmm, yes, hi.  I'll take a cheeseburger with lettuce, tomato, poop, mustard and ketchup with a side of fries, please. Thanks."
"Hey, let's try that new steakhouse on Baker Street.  I hear the filets are craptastic!"
"No, it's fine.  We'll just grab a bite at the concert.  I can't wait for Poopapalooza!"


But none of that happened.  I couldn't think of one single time when I knowingly ingested poop.

Do you know what's the best part about having a big camera stuck down your throat?  (Other than the drunk-off between me and Charlie at Waffle House, of course.)  IT'S THE PICTURES.

Warning: These are actual photos of the inside of my esophagus and stomach.  After this post, a jury of my peers will probably force me to change my web address to www.TMI-y'all!.com.

The first photo was from the beginning of the test.

My endoscope started about 1:30 PM and I hadn't eaten any food since midnight, so I was STARVING.  And apparently, my stomach is as outspoken as I am.  In fact, my stomach is thinking about starting its own blog.

www.AmandaIsAnIdiotButSheHasAReallySmartStomach.com.  You might want to go ahead and bookmark it. 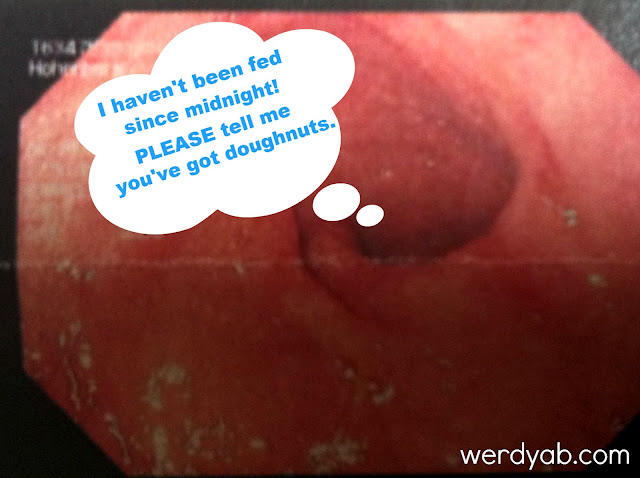 The second photo was of the hiatal hernia, also known as, GET MY STOMACH OUT OF MY ESOPHAGUS NOW! 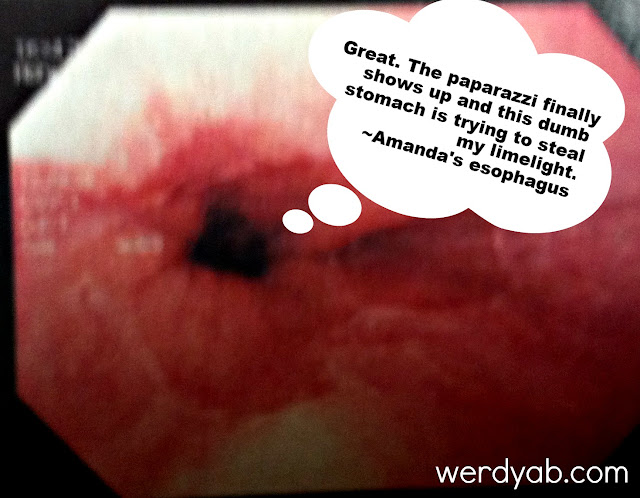 And, listen -  I'm no doctor and I don't claim to understand modern medicine, BUTT I couldn't help but wonder how they knew it was a poop bacteria from just looking at it.

But then I saw this photo and the answer became pretty obvious. 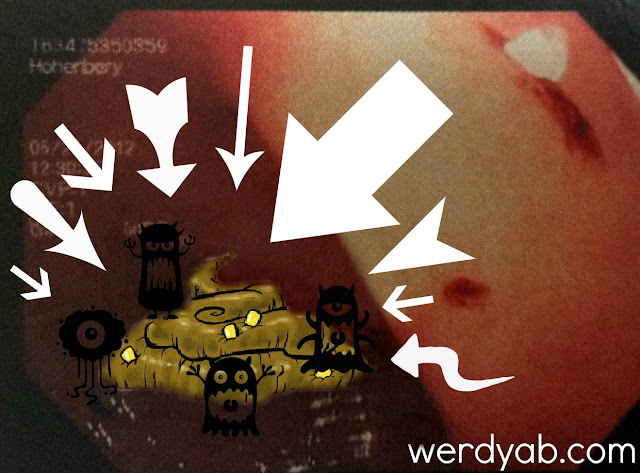 So now, when you tell me that I'm full of crap, I can't argue with you.