The middle school softball tryouts were last week. Sixth, seventh and eighth graders were invited to show up and show off their skills.

I never tried out for a competitive sport when I was a kid. And that was pretty obvious when I kept referring to Bailey's tryout as an audition.  Listen, if it doesn't require stage make-up or jazz hands, then I just don't get it.

Bailey has been playing softball since she was in Kindergarten. Translation: If I had a nickel for every hour that I've spent at the ballpark, I wouldn't have a "Louis Vuitton" that I bought in New York at the corner of Imposter and You're-a-Poser. It would be a real Louis Vuitton without the quotation marks.

See, Bailey's never actually tried out for anything. We've just signed her up for various teams, clubs, and organizations. Big difference.

So I wanted to prepare her for the worst.

I reminded her she was the youngest girl trying out for the team, and if she made it, she would be playing with girls almost 3-years older.  But this tryout would be a great opportunity to meet the coaches and discover what skills needed improvement.  Then I followed it up with some overused cliche like, if at first you don't succeed, try, try again.

How's that for a pep talk?

So if you need a motivational speaker for your next convention, expo, or business luncheon, just email me. I'm pretty available.

We pulled into the parking lot, and suddenly, the butterflies in my stomach turned into fire-breathing dragons. I was sweating like I ate an entire jar of jalapeno peppers on a dare. My heart was pounding like the cast of True Blood just invited me to join them in the hot tub.

I looked over at Bailey, but she was doing fine. (It's nice to see that somebody can keep her cool under pressure. Signed, Somebody's Mama.)

All the girls lined up for drills. And bless her heart! Bailey looked so little out there! 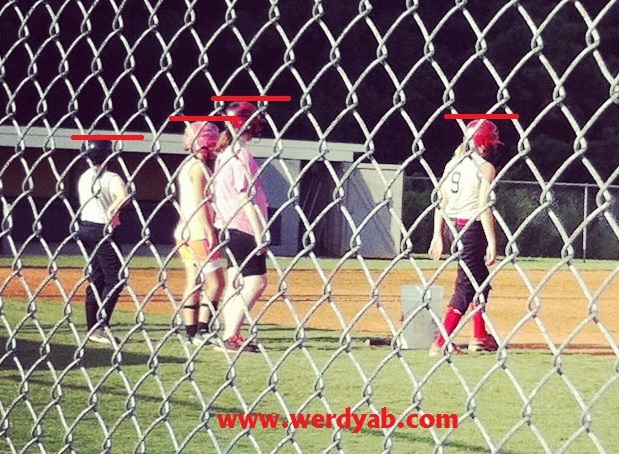 And that's exactly how I saw it, too, with all those imaginary height markers and everything.

I was so nervous. I thought I might puke on my shoes, which was bad because 1) Bailey would have been sooooo embarrassed and 2) I was wearing really cute shoes.

They started the tryout, and Bailey was doing great! I was so proud of her for trying her best.  Everything was going to be okay. Because make it or not, Bailey will be proud of her effort. Good job, baby!

No problem! See, here's the awesome thing about boys: they can pee anywhere. In fact, boys love to pee outside, so this was Drew's lucky day.

We walked over to the side of the field, to the most out-of-plain-view-but-still-grassy-spot I could find.  I said, "Okay, go ahead and pee."

Uhmm, come again?  You have to what? Wait, uh, here? Right beside the softball field during your sister's first ever tryout?

So I held Drew in a squatting position and let him drop a nugget right there at Bailey's softball tryout.  Then I wiped his butt with his Cars underwear and threw them in the trashcan.

Bailey looked over at us. I saw her facial expression change from "Hey, what are Mom and Drew doing over there?" to "Huh?" to "No.Freakin.Way!" to "OMG, I'll never be able to show my face here again!"

It was a moment.

Sorry, but I couldn't bring myself to take an actual pic of Drew's poop because that's just gross, y'all.  I don't care how little he is, dude poop is still dude poop. And the last thing I wanted to do was bring more attention to this event by shouting, "Whoa!  WHAT DID YOU EAT? This one's goin' in the scrapbook!" I thought Bailey had already been through enough.

I did snap this photo, though. I call it, "Drew After Poo: Free Ballin' at Tryouts." 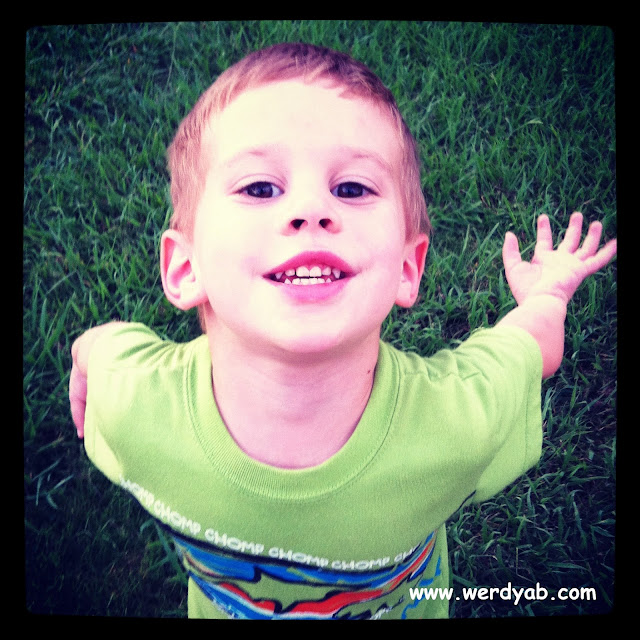 I didn't think anybody noticed until I saw this sign the next day. I'm not sure if I should take it personally, BUTT it seems to be directed at Drew, don't you think? 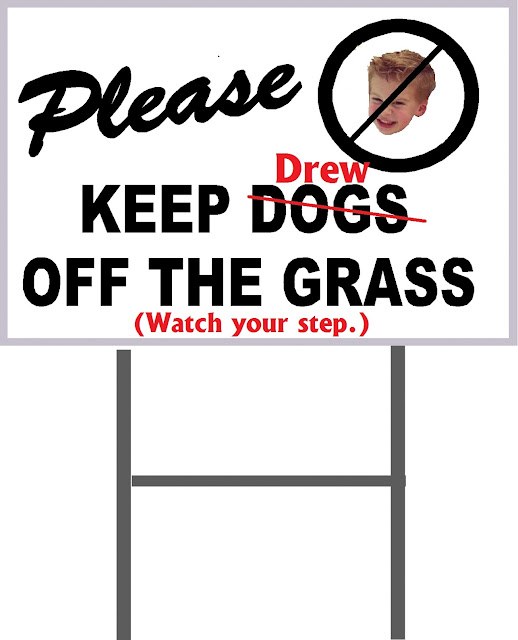 But guess what? Bailey made the team! Yay! Congratulations, Bailey! 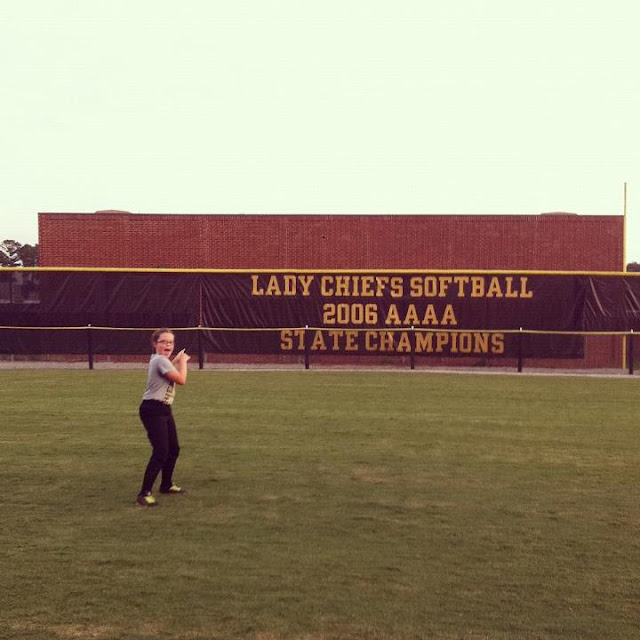 When we were leaving, I looked in the backseat and saw Bailey bawling her little eyes out.

"Why are you crying, baby?"
"Because now I'm on a new team with older girls that I don't know.  I won't be playing with my friends anymore."
"I'm so sorry, honey.  I know it's hard.  But we'll make plans to do things with your friends."
"I'm going to miss them so much!  I only tried out because you said I wouldn't make it!"

See, I'm a better motivational speaker than you thought.

Labels: How I Know I'm Awesome, Out and About, Poop and other embarrassing things