My cousin Jason is a hilarious, quick-witted, pop culture trivia-knowin', son of a gun.  And golly gee! - I'm so glad he's my people.

Jason's done all the genealogy research here, but I think we're 2nd cousins on one side of the family and 3rd cousins on the other side.  Am I right, Jason?  At any rate, where I come from, family trees that vine are just prettier, y'all!

I saw Jason on Friday night when he treated me and my sis to a CNO (Cousins' Night Out) to see Peachtree Battle at Ansley Park Playhouse.  It was fabulous!  Tons of Atlanta-related humor and current events.

Here's a photo that we took of ourselves at the play. 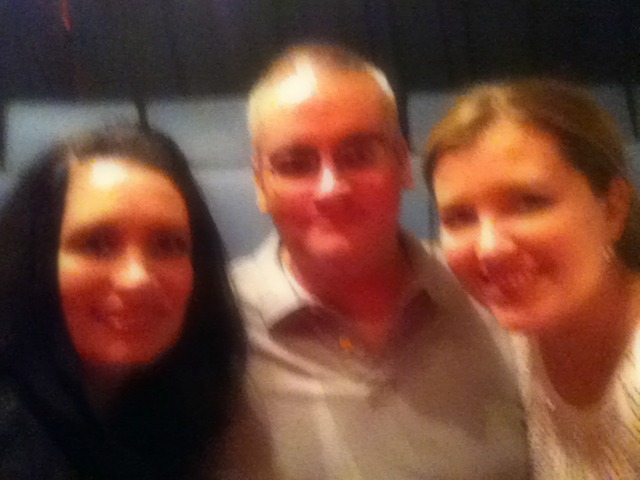 Isn't that the worst photo that you've ever seen?  Instagram just burst into tears and shouted, "Not even I can save you!"

So, uhmmm, let's try that again, shall we? 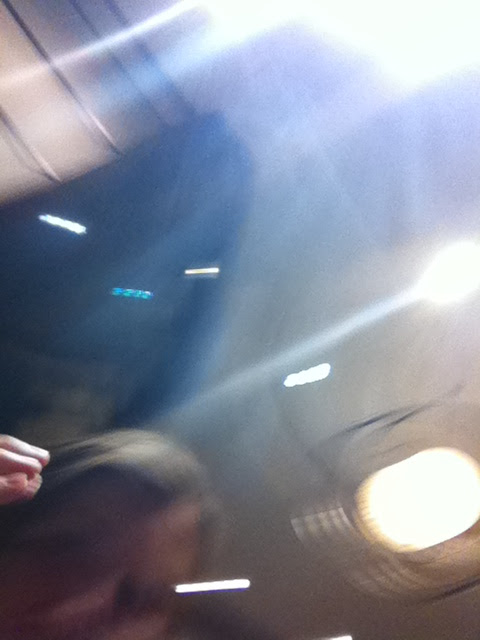 I swear to you, no drugs were consumed before I took these photos.  I'm just that talented.

Oh, and remember when I said that this post would be the last post about back-to-school?  Well, I LIED.

Jason posted a funny story on Facebook, so I asked him if I could share it on my blog, and he said that I could.  Phew!  Because believe it or not, not everybody is proud of how they are portrayed on my little piece of the internet.

I guess this goes without saying, but if Ke$ha ever got a hold of this thing, her lawyers would inform me that I must stop, stop, stop talkin' that blah, blah, blah.

When I read about Jason's carpool line experience, I could totally relate.  One of the best days of my life was when 6-year-old Bailey came home from school and asked if she could start riding the bus.

"You're doing it wrong!"

...those words from the movie Mr. Mom echoed in my mind as I faced the most nerve-wracking challenge of my life: navigating the 'pick up line' at my niece's elementary school.

Women have a sixth sense when it comes to this sort of thing.  But for most guys, it ranks right up there with loading the dishwasher or making the bed in terms of difficulty.

I was feeling pretty confident as I waited for the 50+ cars ahead of me to make their pickups.  I was really impressed with how quickly the line was moving.  As I got closer, I was amazed at how quickly the teachers were tossing the kids into vehicles, working at the speed of a NASCAR pit crew.

A woman on the sidewalk read my niece's name off the sign on my windshield and started shouting, "Orange cone!" while holding up a photo of - you guessed it - an orange cone.

But I didn't see an orange cone and I froze in panic for a moment trying to find it. She responded by repeatedly yelling "Orange cone!  Orange cone!" several more times while emphatically waving the picture of said cone. 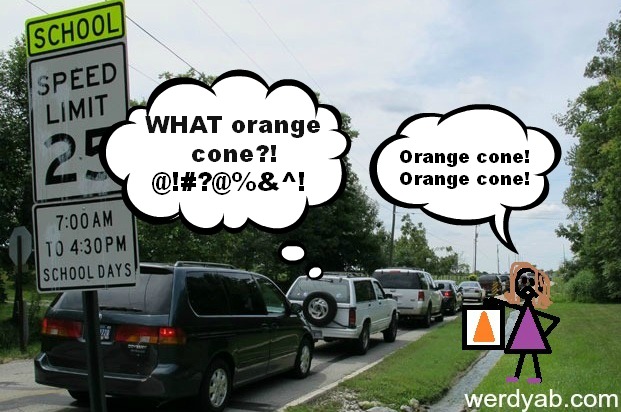 I wasn't trying to be rude or sarcastic when I said to her, "No matter how many times you repeat 'Orange cone!', it still hasn't magically appeared, at least not in my line of vision."  At the same moment, a huge SUV pulled away and I found the Holy Grail known as the Orange Cone.  So I made a beeline for it, but refrained from driving up onto the actual sidewalk and tapping it.

As I walked around the back of the car, I heard my niece tell the teacher that this wasn't her car and she turned to go back inside.  I called her name, and for a split second, I wondered if she was going to claim me or make me look like a kidnapper or worse.  But she came running back yelling, "Uncle Jason!" and hugged me, so I was in the clear.

She hopped into her booster seat and I started to buckle her in as soon as possible.  Not two seconds later, one of the teachers came up behind me and said, "We usually pull forward to put on seatbelts if it's going to take a while".

The glare I shot over my shoulder probably expressed my EXACT thoughts without having to say a word, but I had to make sure that I got the last word anyway.  Using a phrase made famous by Julia Sugarbaker, with more than a bit of sarcasm, I replied, "Thank you.  Next time, I will!"

But I think I've found a solution that lets me avoid the school parking lot altogether but doesn't require my niece to drop out of kindergarten.  Last night, I told her to find out whose Mommy is always waiting at the front of the line... because that kid is going to be my new BFF!

My niece can get a quick ride across the parking lot and back down the street where all the cars are lined up, and when she sees Uncle Jason's car, she can do a quick Jump, Tuck & Roll (she's been wanting to start gymnastics anyway), and we'll be on our way home.  We'll save at least 7-8 minutes a day, and that adds up fast!

We'll see if she can pull it off.... I mean, she will be 6 years old in November, it's time to start pulling some of her weight!

After that ordeal, I couldn't figure out why more parents don't home school their kids?  It would be totally worth it just to avoid the hell known as the pickup line.