I haven't written much lately because I can't think of anything to write about except stupid, dumb c-a-n-c-e-r.  Cancer's, like, the worst writer's block ever.

This experience has made me re-think my desire to be a professional writer one day.  If food, clothing and shelter depended upon my creative writing skills this month, I'd be starving, naked and living under a bridge somewhere.  But I'd still be dance walking, ya know, just to keep it interesting.

I've felt physical and emotional highs and lows, and that kind of rollercoaster makes it hard to write.  So instead, I've been watching Grey's Anatomy like a normal person for a change.

By the way, if Six Flags offers you a season pass to that rollercoaster, take my word for it and just WALK AWAY. 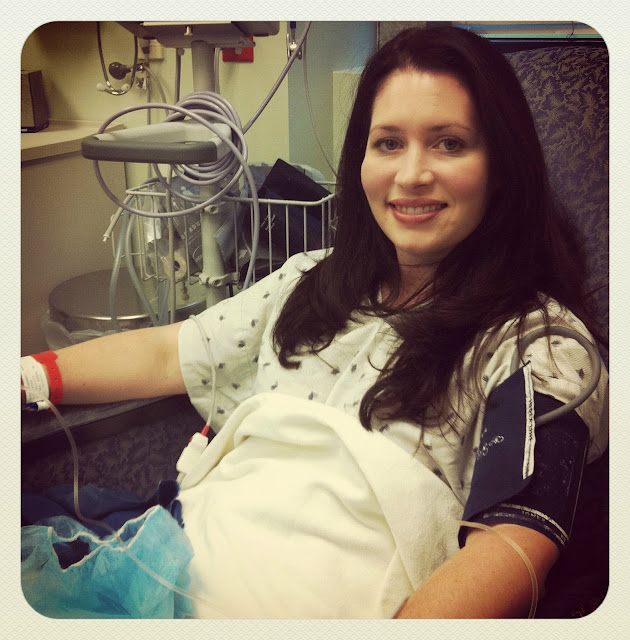 The love and support that I've received has been overwhelming.  Thank you!  I appreciate all the sweet comments, emails, phone calls, texts, visits.... it's been amazing.

In fact, a friend from high school emailed me yesterday and I wrote back, "I'm doing good.  I'm a little more tired than usual, but they said that's normal.  Just like making a baby, cancer makes you tired.  The only difference is that you don't get a cute little guy or girl at the end."

Now, did you read between the lines like I did when I re-read my email?  Let's just say that if there's an award for the "Most Unexpected Perv" at our 20-year class reunion, I'm a shoe-in.

Uhmmm... Jenny, just to be clear, when I said making a baby, I actually meant the pregnancy part and not the uh... "MAKING A BABY" part.  Ahem.

See, and the rest of you thought you got too much TMI about biopsies and scans?  Pfft.  Just wait until I tell you how EXHAUSTED I am from "making a baby".  Poor Jenny.  Sorry, girl.

But overall, I feel pretty good.  Sometimes I have weird pains or symptoms that usually make me cry for 5-minutes because I'm convinced that this is the symptom that means I'm dying.  When in reality, it probably just means that I shouldn't have eaten a chili dog for dinner.  Okay, fine, TWO, whatever.

In short, hypochondria and cancer do not go together like peas and carrots if you know what I mean.

I started working from home this week and it felt good to do something normal.  Next, I'm hoping to move on to things like shoe shopping and salon appointments.

Speaking of, Bailey looked at me yesterday and said, "Mama, the hair around your face is so white that it looks invisible.  You look like an old man with a receding hair line."

And this was just two-hours after Drew looked at a picture of me and Brian from when we started dating and didn't have a freaking clue who we were.  Uhmm... that's your parents, son.... I guess the years weren't as kind as I'd hoped.

So if you need a pick-me-up, just say the word and I'll send my kids right over!  And then later, we'll meet up for drinks and a viewing of The Notebook so that we have a good cry over low self-esteem together.

My next sit-down with the oncologist is December 6th and my treatment (whatever that is - radiation, surgery, etc.) should begin the week of Christmas.

Don't worry, I already know what you're thinking.  In a scientific study completely made up for the purposes of this blog, 98.3% of people respond to that statement with, "Can't you wait until after Christmas?"

I'm with ya.  I thought the same thing at first.  I was all like, "But I don't want to miss Christmas!  And then there's New Year's.  Oh, and Valentine's Day and then our anniversary trip....   Yeah, I guess dying is more convenient."

So, it didn't take me too long to figure out that I'd rather miss one Christmas than miss all the rest of them.

Besides, I'm anxious to get this monkey off my back anyway.  And I figure, who better to write a ridiculous holiday parody while in the hospital and doped up on meds than me?  Those nurses NEED somebody to make fun of while they're working on Christmas day.  Everybody gets a victory lap here, folks.

My plan is to baby step back into writing again, probably.  It starts with me re-posting two blogs that I wrote last year about the Twilight movies.  Why?  Because it's Twilight time again!  I just made a few updates to keep them current.

Are you a Twilight fan?  I'm not, but then again, I'm a southerner who doesn't like sweet tea, so obviously, I can't be trusted.  Check back tomorrow for my take on Twilight, m'kay?

Re-posting my own work is completely awesome because it's still plagiarizing, but the risk of me suing myself is pretty small.  You know, unless I get really bored.

Thanks again for all those thoughts and prayers of health and healing!  Keep 'em comin', y'all. Hopefully this thing will be over faster than Bella can stutter out "Edward" in a scratchy whisper while blinking her eyelashes uncontrollably.