The week between my cancer diagnosis and the oncologist appointment was brutal.  Questions outnumbered answers, and it was starting to drive me mad.  During those days, I was pretty sure that I was going to die. I was just concerned about looking tough and brave until I did.

Stupid, huh?  I'm sure nobody would have thought any less of me for breaking down once or twice.

But I think how you react to things like c-a-n-c-e-r all comes down to your individual personality.  For me, it was more important to look strong than to be consoled. But on some days, I needed the exact opposite.  Each day was a wait-and-see, and I'm so thankful for friends and family who watched for my cue.

On the night before the oncologist appointment, I was so nervous that I couldn't sleep. I laid in bed for hours having dozens of hypothetical conversations in my mind between me and the oncologist.   Things he might say.  Questions I might ask back.  I didn't want to miss a thing.

My oncologist is arguably the most acclaimed and sought after gynecologic oncologist in the southeast. I assumed he would be impersonal and narcissistic because of that, but I was wrong.

He was warm and friendly.  He spoke slowly and calmly and would even dumb it down for me when I didn't understand.  He was positive and that made me feel positive again, too.

I was there for three hours, but it felt like three days.  I've been poked and prodded on so much lately that I've developed a tolerance for it, but there was a certain level of anxiety with this appointment that made it worse.

He wanted to do some biopsies but couldn't because I hadn't healed enough from my first surgery.  He said that it was a common complication, especially considering that we were trying to heal bad cells because they royally suck at it.  Healing is more of a good cell thing.

I was badly infected, so he did an "office procedure" to "help me heal" which wasn't just "painful", it was an "out of body experience".  He didn't even give me "a bullet to bite down on".  With or without the quotation marks.

There was a couple of minutes there when I just checked out.  If you've seen Cat in the Hat, then you're pickin' up what I'm puttin' down.

But it was totally worth it!  Ahem, you know, AFTER IT WAS OVER because almost immediately, I started feeling better.

He thought I had cervical cancer that spread to the uterus (and not the other way around), but that didn't concern him.  His concern was determining what stage the cancer was because the earlier, the better.

The chances of it spreading somewhere else if it's early stage are very small.  So if that's the case, I'll need one more surgery (or two) and I'm done.  Hopefully forever and ever, amen.

Because of the infection, I wasn't able to get the firm plan that I was looking for, but he did tell me what he thought would happen, and that was enough for me that day.

I'm sorry, but I feel like we should take an extra minute to focus on that gorgeous little word "cure", don't you?  Cured, as in, Goodbye cancer!  Don't let the door hit ya on the way out.

He gave me this bracelet to wear until I'm cancer free and I haven't taken it off yet.  It's the prettiest bracelet that I've ever seen. 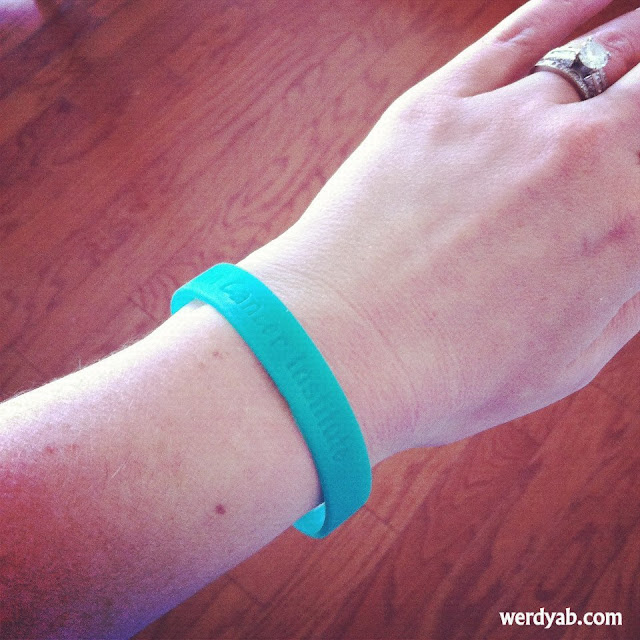 The next four weeks will be full of doctor's appointments, medications, needles, tests, scans and ultrasounds. In short, it won't be a Caribbean vacation if you know what I mean.  I'll meet with the oncologist again on December 6th for a final round of exams and biopsies, and based the collective results, my treatment plan will be established and begin.

And then, I'll get back to kickin' cancer's butt.  You know, cause that's what I do.

In every field, there's a hierarchy of jobs.  One person handles a issue until it escalates beyond their duties and then they send it up the chain.  The hardest part of one person's job is the easiest part of the next person's job.  And it was so nice to be the easy part of somebody's job for a change.

I came home from that appointment and cried.  But this time, it wasn't tears of fear or sadness.  It was tears of hope and relief.  And those tears are a lot more fun to cry, y'all!  Take my word for it.

No matter what the next few months hold, I'm willing to go through anything and everything to stick around for a few more decades.  I've still got some dance walking to do!

So I don't have all the answers yet, but I do have hope.  And hope is a beautiful thing.