You know, the day I kick cancer to the curb.

As in, see ya later, alligator!

I started to get a little nervous about the surgery, but then I realized that my part is easy.  I pretty much just lay there and let the surgeon do all the heavy lifting.  I think I've exerted more effort while watching Ellen.

It was nice of my oncologist to let me wait until after Christmas so cancer couldn't steal my holiday joy.  Like when Santa and Mrs Claus surprised the kids during Christmas Eve dinner.  I'm so thankful I didn't miss those happy faces! 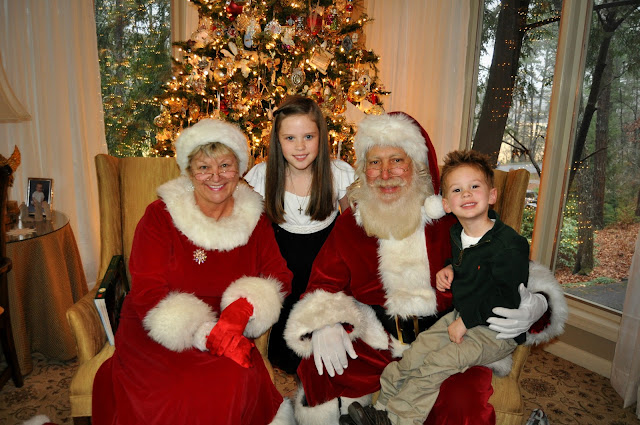 The thing I didn't think about, however, was that I'd be on a clear liquid diet for Christmas day.

So while you were having glazed ham and pecan pie, I was having beef broth and Ginger Ale.  It's basically the same thing except that yours was awesome and mine wasn't.

This was my Christmas dinner.  Yum. 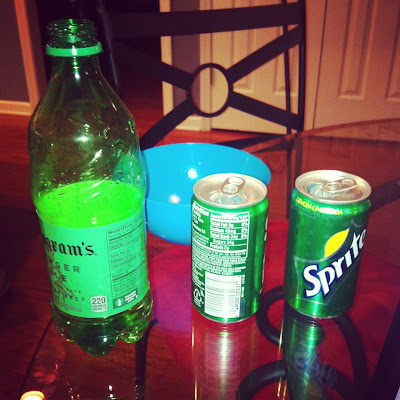 I had pre-op on Thursday and Friday.  The first day was all talk and no action.  I spent hours with doctors and nurses discussing my "condition" and my "procedure" and my "recovery expectations".

Generally, I'm a Type-A, detail-oriented person, but apparently cancer is the exception to the rule.  I didn't like chatting about cancer.  The more they talked about pain, needles and tubes, the more I wanted to interrupt with, "Hey, have you heard any good jokes lately?"

But I think they can only talk about cancer.  And everybody's already heard the one that goes, "Okay, so a blonde and a brunette cancer patient walk into a bar..."

Speaking of, later that night I asked Brian if he would fix me a drink.  A few minutes later, I asked him to fix me another one.  He said, "Huh?  Another one?" and I said, "Well, I don't feel any calmer yet."

I was telling this story to our friend Derek who asked how many drinks it took to get calm.  I told him that I gave up after the second one.

I figured it was probably a bad idea to go back to pre-op more hungover than Lindsay Lohan after the Oscars.  Besides, they probably wouldn't have believed the "Occasional" answer to "Alcohol Intake" on the forms.  "But Mrs. Hohenbery, your blood alcohol level was 4.8."  Ahem.

The second day of pre-op was much better.  Less talk, more action.

With the exception of the financial part.  I've met almost all of my out-of-pocket this year, but the admissions representative asked me to pay $4,700.

So that's when we had to go round-and-round for 30 minutes.  I didn't tell her that I've worked in health insurance for the past 15 years.  I just let her think that I was really smart.

She finally gave up when it was clear that I knew they were using my money for their year-end books, only to give me a "Oops! We'll be happy to process your refund" phone call in 30 days.

I'm sorry, but do you know how many pairs of shoes I can buy with $4,700?  Or how many doughnuts?  Seriously, you didn't stand a chance.

So I went downstairs to the Admissions Testing department for all the pre-op poking and prodding.  The nurse walked me into a room with a stretcher and then started bringing out bags, tubes and needles.

"Oh, they didn't tell you that you needed to bank your blood in case you need a transfusion during surgery?"

Uhmm, no, they didn't.  Because if they had, I wouldn't have just had a smoothie for the past 15 hours.

At one point, I felt so high that I actually thought I was at Woodstock.  Wow, that Janis Joplin is so groovy, man.

The good news is that after banking my blood, I was too weak to be nervous.  So I didn't even have to booze it up or anything.

They gave me a bracelet to wear until after surgery.  That bracelet is what attaches me to my blood, so I can't remove it.

Awesome.  Now I get to celebrate my friend's birthday and Christmas while wearing a hospital band.  I'm sure it won't even cause people to ask me uncomfortable questions.  Thanks, guys.

But hey, at least the red bracelet coordinated with my green cancer awareness bracelet.  So while I'm depressing you, I'm also spreading holiday cheer.  Yay! 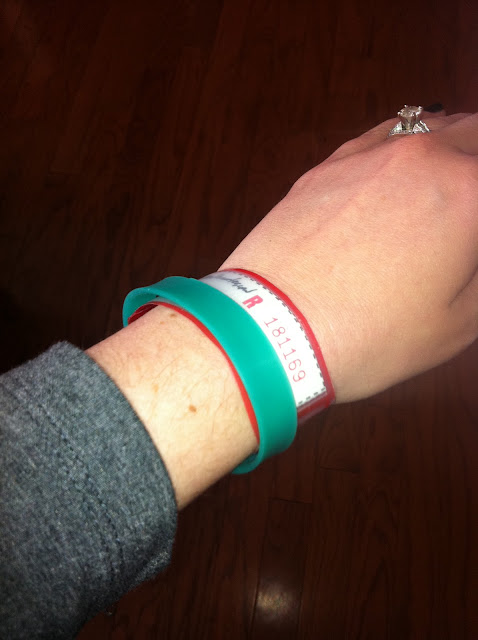 The next time you hear from me, I'll be missing a few cancer-filled organs. It's not necessarily how I wanted to lose a couple of pounds, but I'll take what I can get.

Thank you to everyone for the love, support and prayers!  A cancer-free me will see you very soon.