The Making of Ellen's Dance Dare at Disney

A behind-the-scenes look at my Ellen's Dance Dare video from Disney World...

Question: It looks like you had a blast making that video.  Were you embarrassed at all?

Answer: Oh my gosh, yes.  I was humiliated!  That smile on my face is called "acting", folks. Because seriously, nothing says "you're an idiot" like "making an ass of yourself at Disney World".  But once I had the idea, I had to follow through with it.  While I was waiting in line for each impending Dance Dare, I started getting queezy.  I felt less nauseous after riding Splash Mountain. Five times in a row. 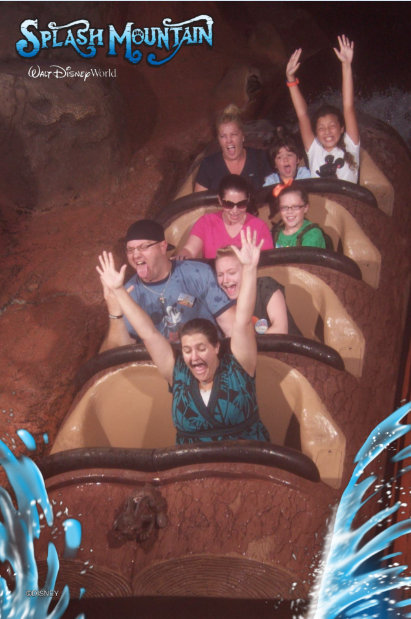 Question: Did you do anything but dance at Disney World?

Answer:  Yes, I actually spent very little time dancing.  What you see on that video is all the dancing there was, you know, pretty much.  Most of the time, I just walked around Disney like any other Mom - sweaty, exhausted, and singing "It's A Small World After All" no matter how badly I wanted to stop. 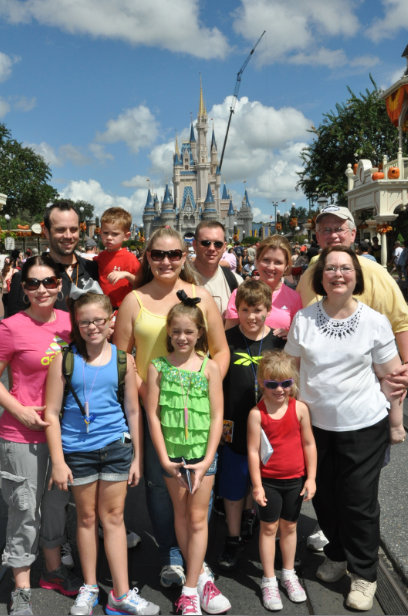 Question: Were your kids embarrassed?

Answer: Surprisingly, no.  I don't know if they've just developed a tolerance for that sort of thing or if they aren't old enough, but as you can see in the video, they acted normally when I acted un-normally.

Come to think of it, Bailey was way more embarrassed when when I lost my shoe on the Pirates of the Caribbean ride. 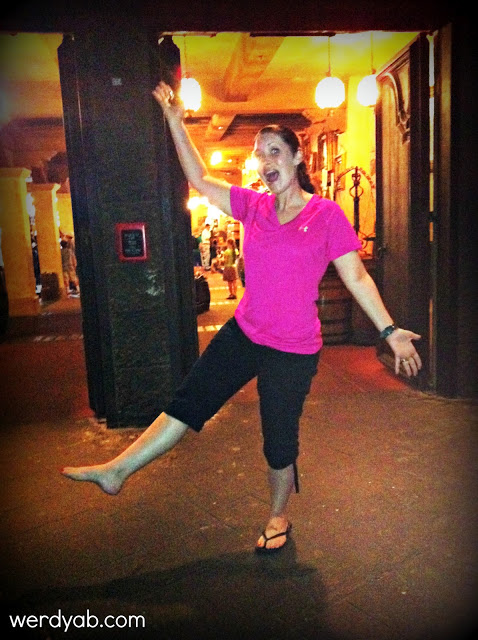 And then there was the time when Brian and my brother-in-law, Nate, acted like they were pole dancers. 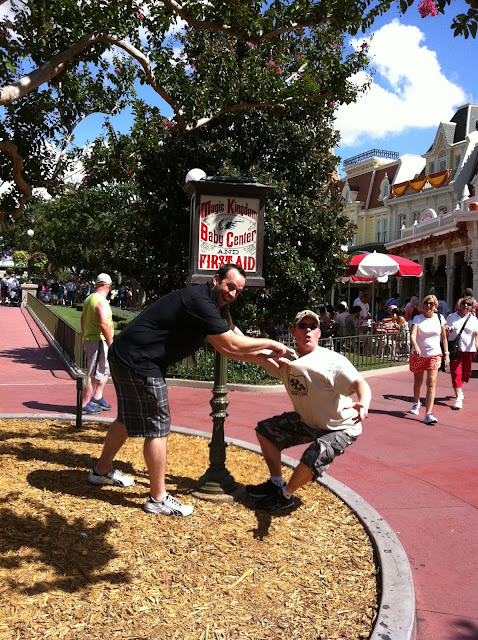 And once, Nate pointed out the biggest camel toe that we've ever seen! 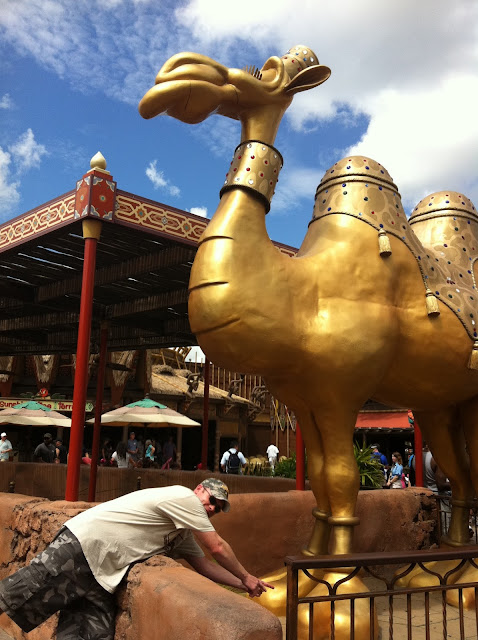 So yeah, I guess they've just developed a tolerance for that sort of thing.


Question: So your kids thought it was cool?

Answer:  Well, I wouldn't go that far.  Bailey didn't say anything about it, but I think she would have preferred for me to stand and smile like all the other Moms. Drew, on the other hand, apparently thought this was the new way to introduce yourself to others.  This video shows the side effects of Dance Daring in front of your children.


Question:  Were any of the characters upset about you dancing behind them?

Answer: Not at all.  I gave them an off-camera warning before I started dancing, so I think that helped a little.  And when I told them that it was for an Ellen video, I may or may not have eluded that it would be on television.  Ahem.  Truth is, Ellen's dance challenge has come and gone, so it won't be on television, but hey, if you name drop Ellen, stuff happens.  WRITE THAT ONE DOWN. 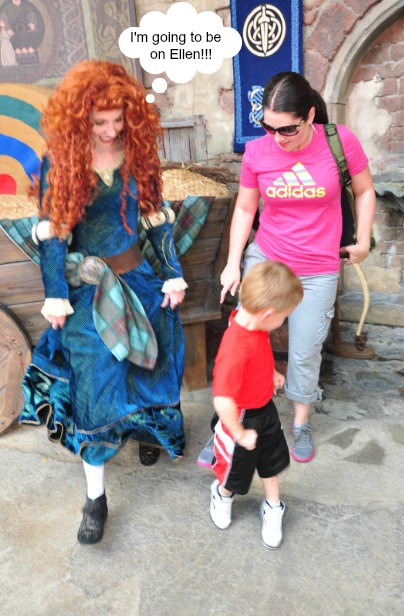 Question:  Will you ever Dance Dare somebody again?

Answer:  Ugh, I hope not.  Let's put it this way:  Has anybody's Paw Paw ever told you the best way to quit smoking cigarettes was to smoke several packs at a time and make yourself so sick that you'd never want to smoke again?  Well, the same thing applies to Dance Daring.  I got so tired of doing the Sprinkler at inappropriate times, that if I never do it again, it will be too soon.  When we were at the World of Coca-Cola last weekend, Bailey asked me if I wanted to Dance Dare the Polar Bear, and suddenly, I felt like I just smoked 17 packs of cigarettes, so to speak. *cough, cough* 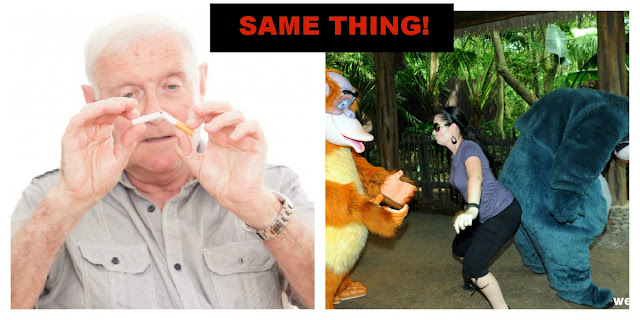 Question:  Why did it take you so long to post the video?  Didn't you go to Disney World in September?

Answer:  Yeah, sorry about that.  If I pull the cancer card, do I get a free pass?  Truth be told, I was pretty occupied with feeling like crap and being scared about dying, so editing that video felt overwhelming.  So just like with my attic that desperately needs organizing, I decided to shut the door and ignore it. Funny thing is though, it only took me about an hour to edit the video. Oops. I guess it's time to tackle that attic after all. (Nah.)