How I Spent The Blizzard of '93

According to Wikipedia, almost 10 million people were left without power in the southeastern United States when the vicious winter storm hit, and I was one of them.

We don't usually see a lot of snow in Atlanta, as in, one-inch of accumulation is enough to cancel school for a week. They don't call it Hotlanta for nothin', you know.

In fact, a few years back, the local Board of Education cancelled school because we were supposed to get snow the next day, but it never actually happened. Teenagers were laughing all the way to the mall. So now, they never cancel school until about 10 minutes before the bus is scheduled to arrive at your driveway.

Yep, snow is pretty rare around here. It becomes our golden ticket or our blue diamond from the Titanic movie, so we get pretty excited about it. And all the local stores are sold out of milk and bread for weeks, but I guess that goes without saying.

My four-year-old couldn't testify under oath that snow is anything more than 15-minutes of flurries that don't stick to anything. Just last week, I asked him if he knew what snow was and he said, "Uh huh. Snow is dat white rain dat only comes for a whittle while."

And I laughed, one, because he's adorable. Two, because anytime I hear the words "white" and "rain" side-by-side in a sentence, I think about this picture. 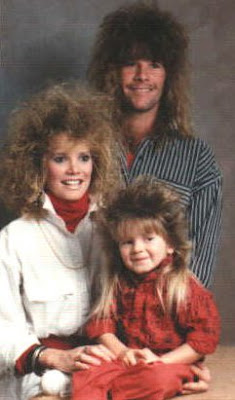 Bless their hearts. Look, everybody had tacky hair back then. I used to spray my "wings" against a piece of cardboard to make sure they had as much horizontal reach as possible, so I'm not going to judge. But unfortunately for this family, not everybody is a cyber-celebrity for looking ridiculous like they are. My condolences y'all, really. We live in a cruel, cruel world.

So, back to what Drew said.... And, three, because that poor kid doesn't even know what snow is, but that doesn't stop us from running around the yard looking like a bunch of redneck idiots trying to catch flurries on our tongue. It's the little things that make life special.

Growing up, I was no different than my son. Snow was like the Easter Bunny or the Tooth Fairy. I mean, I'd heard of it; I'd just never actually seen it.

In fact, Mom saved this photo of me from when I was a toddler to help me remember a big snow. This was taken late 1976/ early 1977-ish. 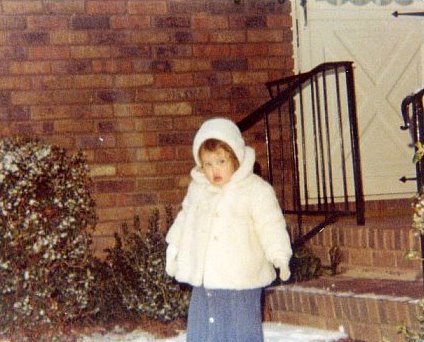 Please note that this photo-worthy-amazing-snow wasn't even enough to cover the steps or the bushes, but still, we thought it was the best. 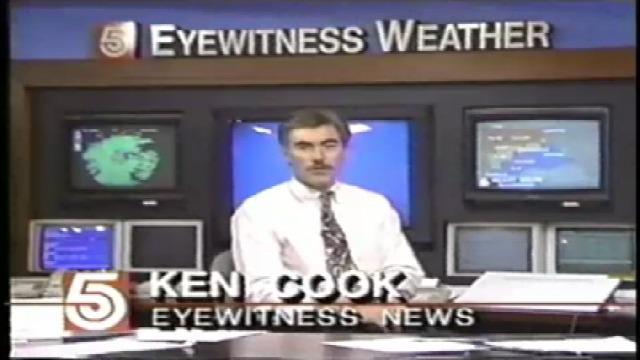 I remember how excited we were about getting a big snow. Oh, how glamorous it was going to be! We were going to frolic and play all day long without worrying about mundane things like literature or chemistry. It was going to be pure awesomeness.

That was until it actually happened. We were stuck inside for two weeks with no power or water. We learned that big storms actually kind of suck, and we wanted our humid, 95-degree days back again.

We were so cold that we put my parents' king-sized mattress on the living room floor. All five of us (my parents, me, my two sisters) laid on that mattress underneath every blanket that we could find FOR.FOUR.DAYS.STRAIGHT. Teenagers, if you're complaining about hanging out with your parents now, just imagine being attached to their left side for days on end. Ahem.

But truthfully, it was fun at first. We talked and laughed, but then we sort of ran out of things to talk about. And it got a little crowded. And we were missing Beavis and Butt-Head.

The upside, of course, was that we missed school for about two weeks. And hey, it wasn't exactly the kind of "Spring Break" that I was looking for, but I was willing to take what I could get.

The funny thing is that I do not have one single photograph of that blizzard. Many of you might not, either. Because back then, before social media, we didn't necessarily think to take pictures of every single thing imaginable. But just today, I've seen a picture of a Starbucks cup, a tree, a new fingernail polish color, and a stack of papers. Practically everything is photo-worthy these days. 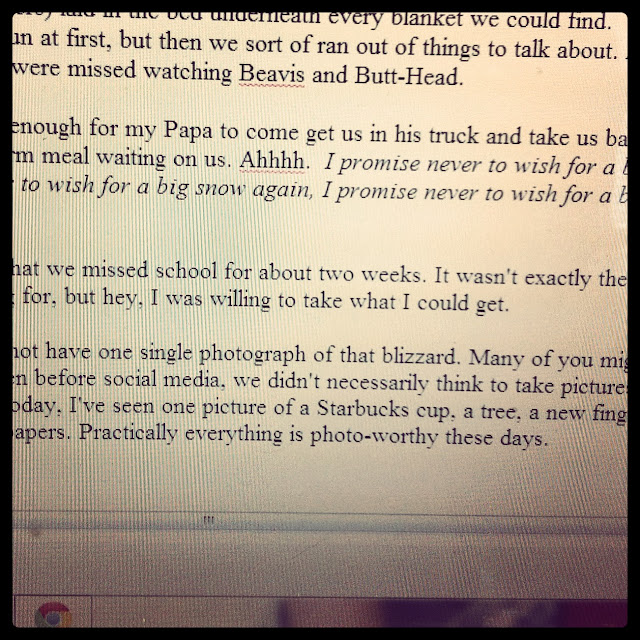 Do you remember where you were during the Blizzard of '93?