Bailey told me that she didn't want a birthday party this year because I'm always so over-the-top with it.  This was preceded by a pre-teen *eye roll* and an extra loud *sigh* for emphasis.

Okay, sure - I've stayed up all night "helping" Bailey with her school project before.  And I might have gone a tad overboard on a #BloggersDance challenge or two.  But birthday parties?  No way. 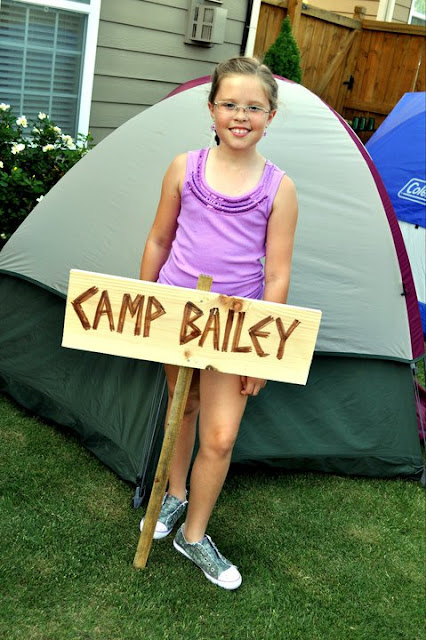 So I transformed the backyard into "Camp Bailey"!  Each camper received a backpack to fill with prizes from playing camping-inspired games.  We had a table full of camping foods -  including a batch of s'mores cake pops that robbed me of my sanity, my patience, and what was left of my youth.  I made miniature tents and custom-wrapped Hershey bars.  I stayed up for 40 hours straight before the party to get everything done. 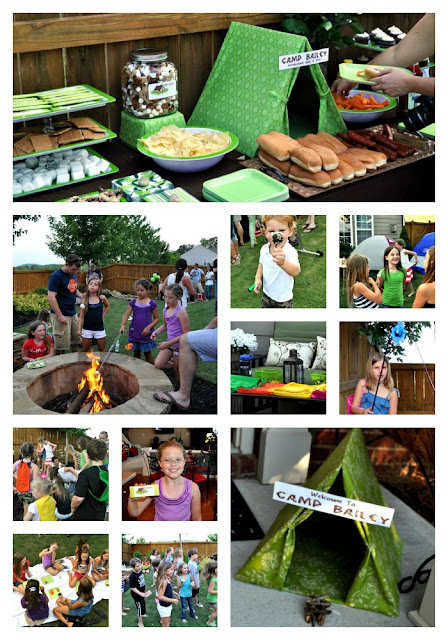 The year before that, Bailey wanted a kickball party. 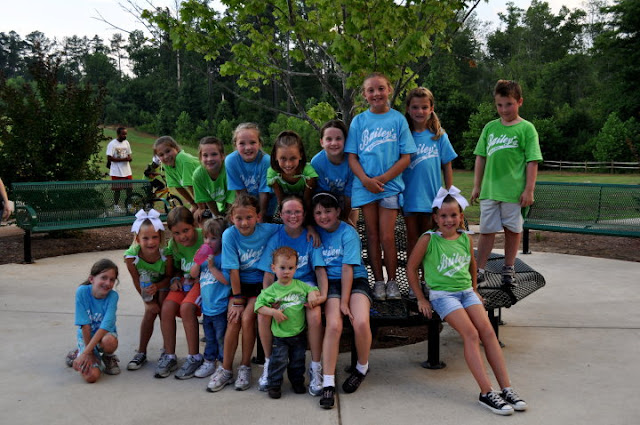 So I ordered team shirts in Bailey's two favorite colors that said "Bailey's Ballers" on them.  I rented out the park for our competitive (yet fashionable) game of kickball.  I ordered kickballs that matched the party colors with the team name printed on them.  And then there was the "Publix incident" when I asked the baker to re-do the blue cupcakes an hour before the party.  HEY, it was a shirt matching emergency.   I'm pretty sure that she spit in the second batch, so I only ate the green ones just in case. 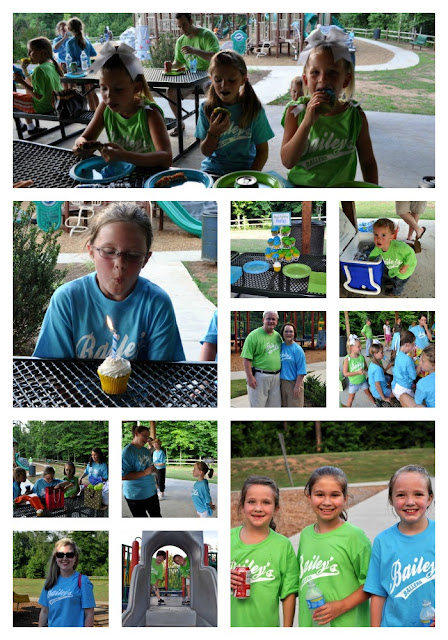 And the year before that, Bailey said that she wanted to pick up her friends and bring them back to our house. So that's just what we did... in a black stretch limo, y'all!  All of Bailey's friends were dressed to the nines in rockstar attire.  Bailey needed a new dress, new boots (Taylor Swift phase), a hair appointment and a mani/pedi, but she looked adorable!  Each child was introduced to their fans (all the parents) while strutting down the red carpet (Christmas blankets) and being photographed by the paparazzi (grandparents with cameras).


There was a lot of giggling, balloon popping and loud singing going on in that limo.  I'm surprised they didn't charge me double.


Well, I guess looking back on it now, I might have gone a little "over-the-top", especially considering that Bailey would have been just fine with playing Uno in the basement.  And I probably could have bought a Ferrari with all the money that I've spent on birthday parties in the last decade.

So this year, when Bailey said that she wanted pizza, ice cream and a few friends to spend-the-night, I actually listened.  You know, as well as I can.

I asked Dominos to make the pizzas look like softballs since all the girls are on Bailey's softball team.  Bless Dominos heart.  They tried. 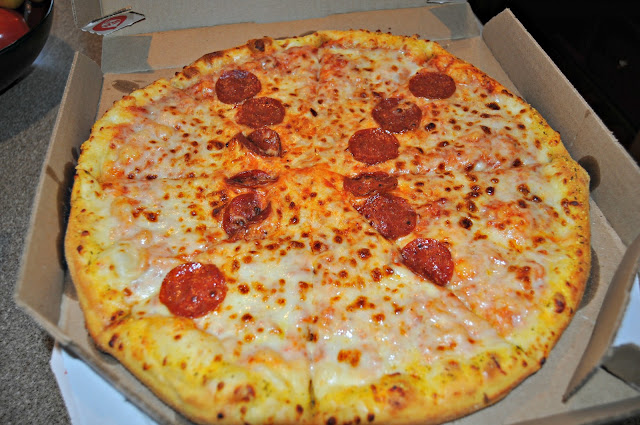 And we had an ice cream sundae bar. 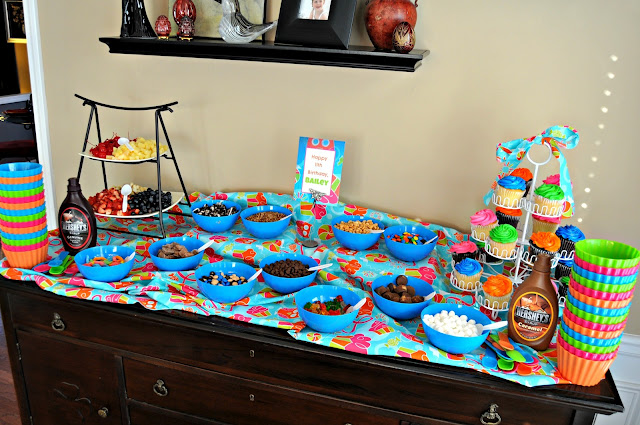 Now, before you leave any nasty comments, Bailey gave me permission to Amanda-fy this table and this table only.  She said that she felt sorry for me not having anything to decorate.

God love that child.  SHE GETS ME.

It's been a long time since I've been to a slumber party, but not much has changed.

1) 11-year-old girls eat like 400-pound truck drivers who have been held captive in a concentration camp for months.  Between the hours of 10 PM and 7 AM, they ate 3 large pizzas, 2 dozen cupcakes, a gallon of ice cream, 3 jars of pickles, a dozen doughnuts and what was left of the ice cream toppings.  AND THEN WE ATE BREAKFAST.  I almost had to take out a second mortgage to feed these kids.

2) There's no sleeping at spend-the-night parties.  Sleeping is for wimps.  And for kids who want their hands stuck in warm water until they pee.

The girls seemed to have fun, though. 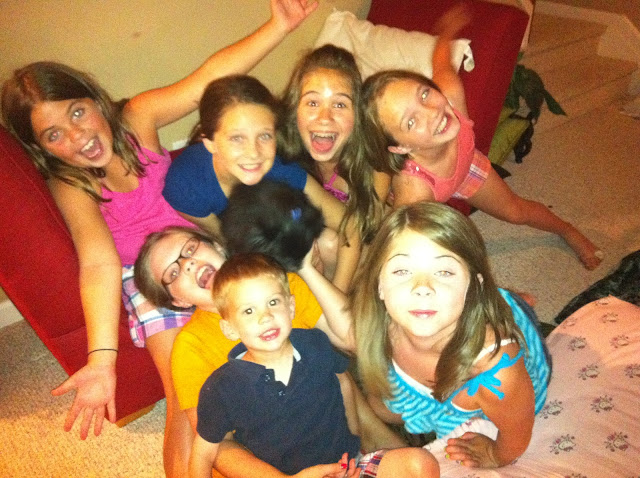 And this is what they looked like at 4 AM. 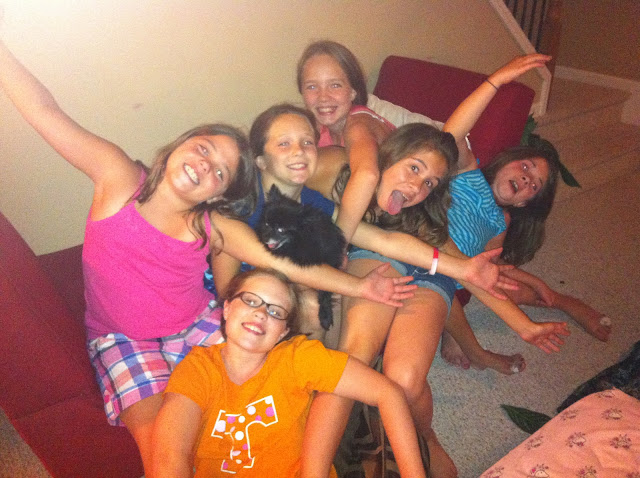 See the difference?  Yeah, me neither.

I felt more hungover after Bailey's slumber party than I did after all my college keg parties combined.   Next time, I'm hiring a 20-year-old stunt double who can actually function on two hours of sleep.

I don't think that Bailey and Drew were feeling much better.  We stopped by my aunt's house the next day and... 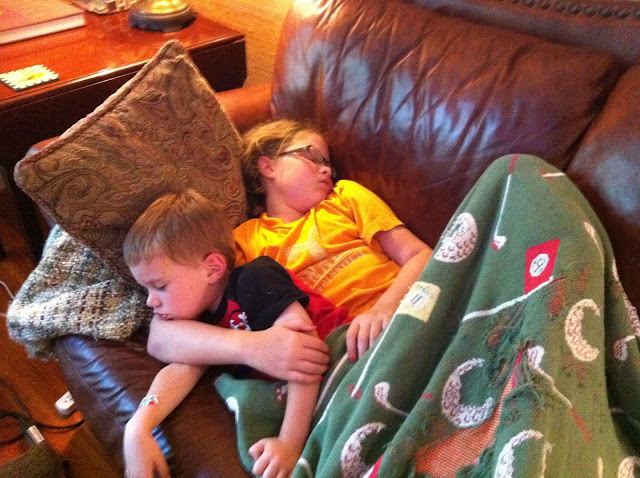 But Bailey FINALLY had the party she actually wanted!  She was one happy girl and that made me one happy Mama.  Happy 11th Birthday, Bailey Faith!

P.S. Thanks for letting me decorate the ice cream sundae table. 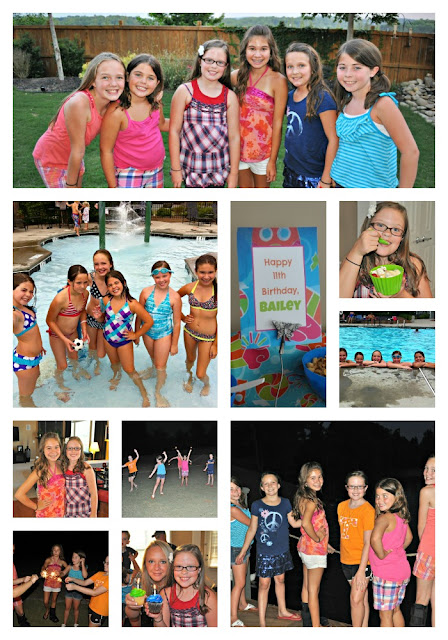 Labels: Being A Mom, Home for the Holidays